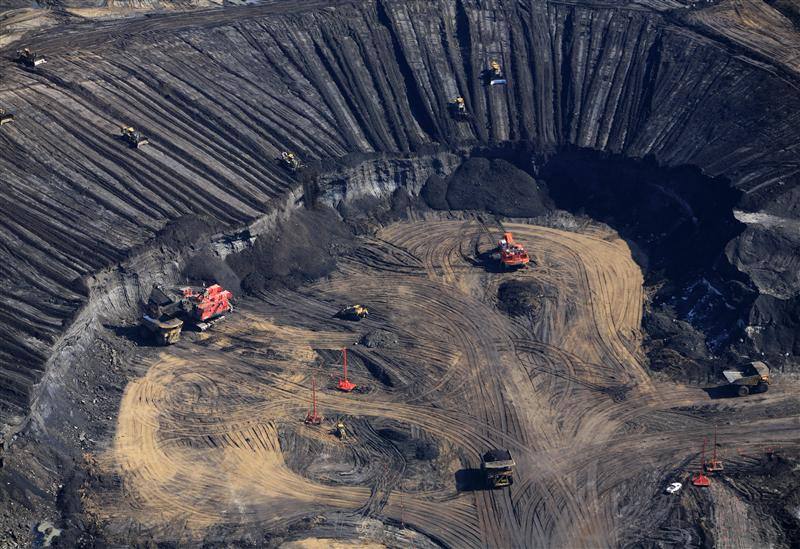 Conventional reserves of oil, gas and coal already have more carbon embedded in them than is safe to burn without causing “dangerous” levels of warming beyond a rise of 2 degrees Celsius (3.6 degrees Fahrenheit) since industrialization, Hansen told a U.K. panel of lawmakers today.

“The potential amount of carbon in these unconventional resources is huge,” Hansen told the Environmental Audit Committee. “If we introduce the tar shale and the tar sands as a source and exploit those resources to a significant extent, then the problem becomes unsolvable.”

Hansen’s intervention comes as U.S. and European Union lawmakers debate measures that would affect the market for oil from Canada’s tar sands. U.S. President Barack Obama’s administration is weighing approval of TransCanada Corp. (TRP)’s proposed Keystone XL pipeline to link the tar sands to U.S. refineries on the Gulf Coast. EU nations are divided on a proposal to classify tar-sand oil as more polluting than conventional crude, putting it at a disadvantage against cleaner fuels under existing EU laws.

“We know we’re going to get more oil out of these conventional sources,” said Hansen. “If we also introduce the unconventional ones, there is no solution other than geo-engineering,” he said, referring to deliberate measures designed to alter the climate. Hansen is now a professor at Columbia University in New York.

The scientist also said he’s working on a paper based on “speculative” research that indicates accelerating ice loss from Greenland will eventually cause the North Atlantic to cool, creating the conditions for more powerful storms along the lines of Hurricane Sandy, the largest Atlantic hurricane on record.

“The cold freshwater coming out from Greenland is going to likely cause this cooling,” said Hansen. “That’s what I call the ‘storms of my grandchildren’ because you get cooling of the North Atlantic; warming of the tropics continues to increase, so the temperature gradient get stronger and it drives much stronger storms.”

Hansen, 72, who this year retired as head of the National Aeronautics and Space Administration’s Goddard Institute for Space Studies, first raised concerns that carbon dioxide in the atmosphere would cause global temperatures to rise faster than expected in a paper in the journal Science in 1981. In 1988, he testified to the U.S. Congress on the topic.

Hansen said the United Nations approach to solving climate change by reaching consensus among all nations “doesn’t have a chance of being effective,” and instead advocated bilateral deals, especially between the U.S. and China. Such a deal would need to impose a “flat” carbon price in each nation, though not necessarily at the same rate.

“We need to put an honest price on carbon-based fuels which pays their cost to society,” Hansen said. He said some Republicans, who have traditionally rejected measures to fight climate change, are coming around to the concept of a carbon tax on fuels that is revenue-neutral, paying money back to the public, as supported by George Shultz, who was secretary of state under former President Ronald Reagan.

“It’s going to take more convincing,” Hansen said. “I wouldn’t say it’s in any way a majority of conservatives yet.”

A paper in the journal Environmental Research Letters yesterday found that the number of scientific papers rejecting the thesis that humans are causing global warming is a “vanishingly small proportion of the published research.”