The evidence for climate change WITHOUT computer models or the IPCC

You are here:
DenialScience Talk 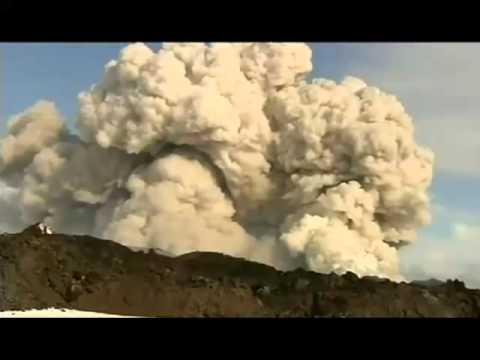 SOURCES are listed in the next video, because of space constraints. Predictable posts are answered here. Please spend your time and effort in addressing the evidence presented in the video:

“This is a straw man argument. Of course skeptics [sic] accept that CO2 warms the atmosphere,
We just don’t think the warming will be catastrophic.”

Answer: “Skeptics” have all kinds of positions on climate science, depending on their personal beliefs and feelings. This video addresses those critics who claim there is no evidence for the link between CO2 and global temperature. Whether you want to call such changes “catastrophic” or benign, or terrible, or bad, or good is your feeling, and therefore outside the scope of the science.

“Correlation does not mean causation.”

Answer: It is still coinsistent with the theory. And where a mechanism has been shown that should produce a correlation, then the correlation is yet more confirmation that a theory is correct.

“Here’s a piece of evidence — there’s no hot spot”

Apart from the fact that this ‘no hot spot’ idea is another piece of Internet mythology, the idea of the ‘hot spot’ is based on a computer model. If you think computer models are all wrong, then the lack of a hot spot must be wrong.

And critics — please try to address the evidence shown in this video, rather than repeat myths that have been dealt with in my previous videos. If you’re not sure, check them out:

“There was a consensus about global cooling in the 1970s”
See: 3 – Climate Change — Anatomy of a myth

“There is no correlation between CO2 and temperature in the past”
See: 5. Climate Change — isn’t it natural? Monckton Bunkum Part 3 – Correlations and Himalayan glaciers

“It’s been shown that climate scientists engaged in fraud”
See: 22 — Climategate mark 2 — the quotes and the context 6. Climate Change — Those hacked e-mails 7. Climate Change – “Those” e-mails and science censorship

“Evidence never convinces me, I believe whatever I hear in my head.”
See: A psychiatrist

The ties of German’s Far Right to Fake TESLA Protests
February 17, 2020
Subscribe
0 Comments
Inline Feedbacks
View all comments
Go to Top
wpDiscuz
0
0
Would love your thoughts, please comment.x
()
x
| Reply
Cookie Consent
To provide the best experiences, we use technologies like cookies to store and/or access device information. Consenting to these technologies will allow us to process data such as browsing behavior or unique IDs on this site. Not consenting or withdrawing consent, may adversely affect certain features and functions. Learn more about the data usage on this website.
Manage options Manage services Manage vendors Read more about these purposes
View preferences
{title} {title} {title}