You are here:
2012Extreme WeatherScience Talk 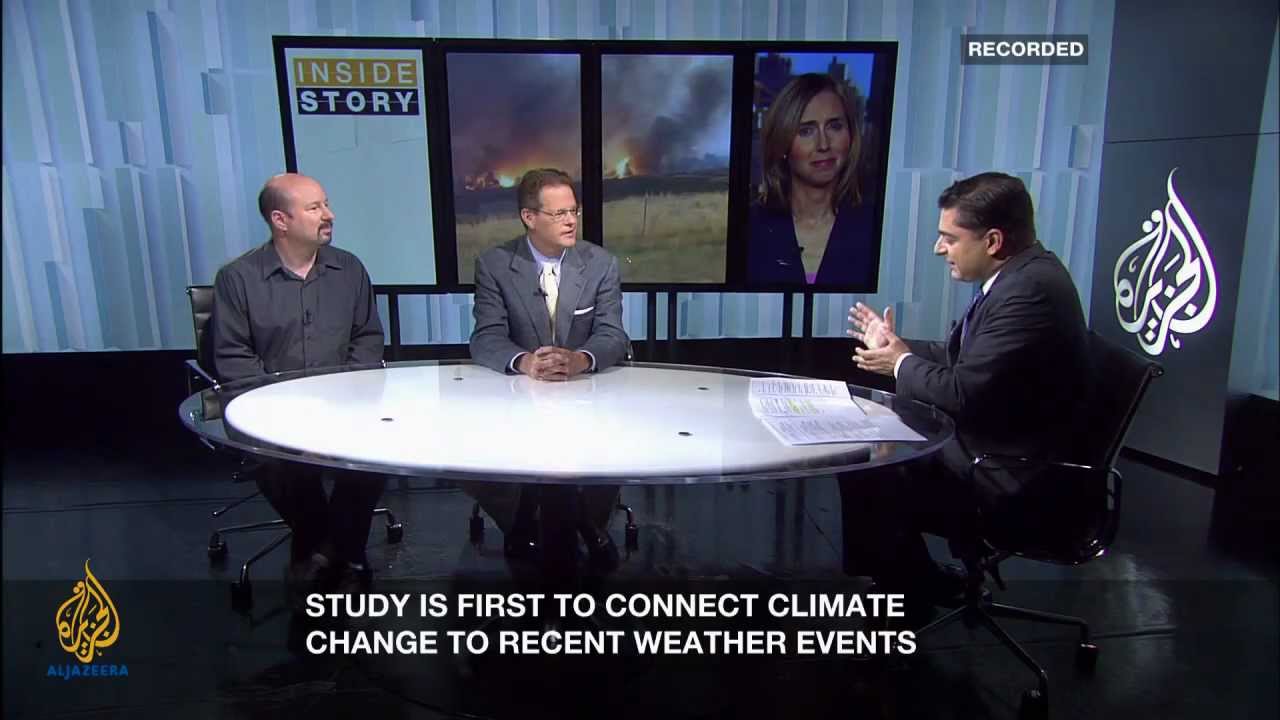 Extreme weather has gripped much of the United States recently and thousands of heat records have been broken. At least 46 deaths have been linked to the July heat wave alone. A study released this week shows that the last 12 months have been the warmest on record for the US mainland. And these numbers do not even include July’s high temperatures. In late June, a violent weather system left more than a dozen people dead and millions without power for days across several states. Most of the country is suffering from moderate to extreme drought, creating conditions ideal for raging wildfires.