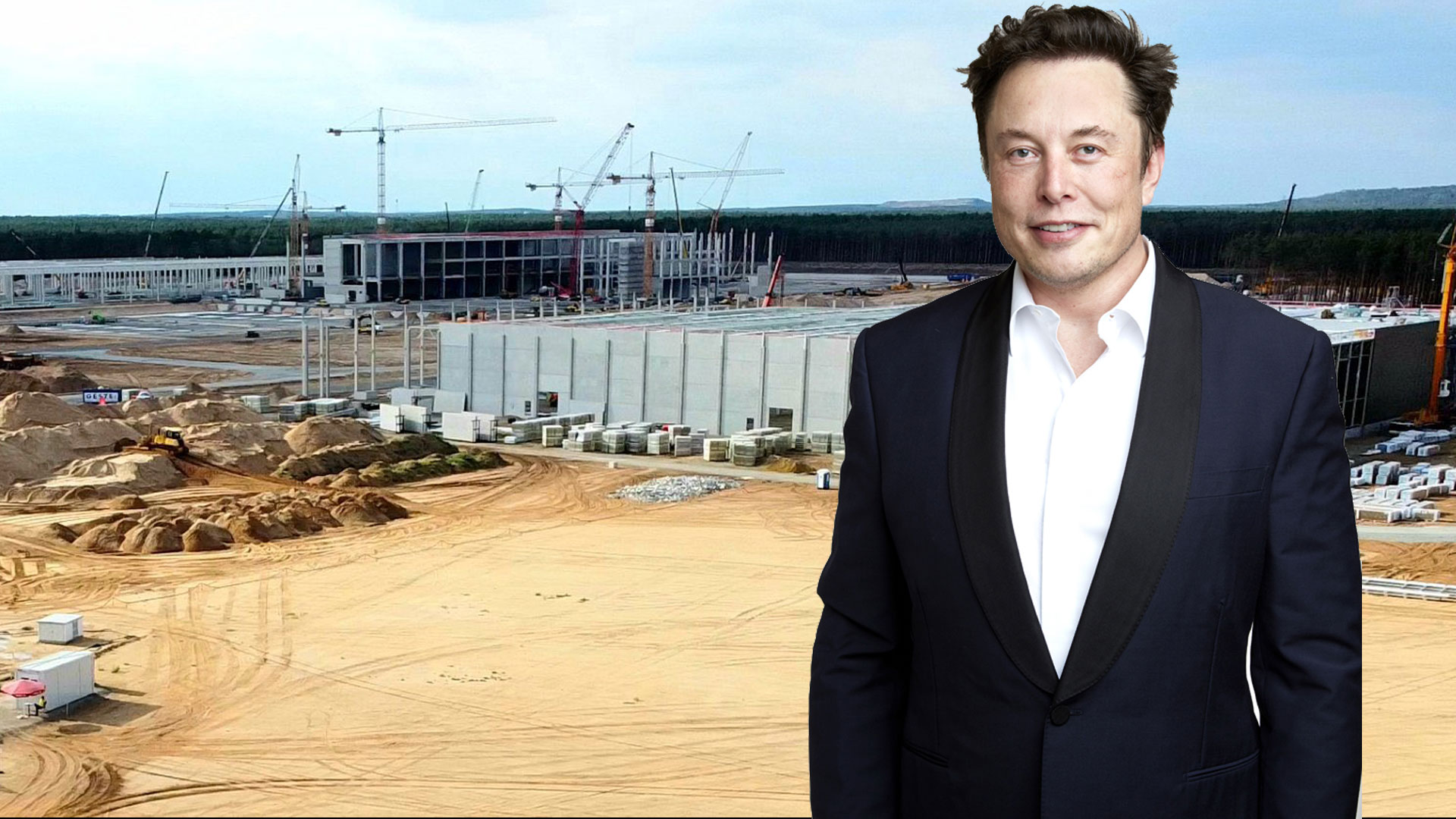 Berlin: Today, Elon Musk visited the Gigafactory 4, not far from Berlin, in Grünheide, to get the latest on the fast advancing construction progress, which begun in June this year.

Elon first met with fans and the media, then took part in a topping out ceremony and toured the site to get a personal account of the progress.

He also invited neighbors to the opening party next year, which will take place all day, and includes a rave in the evening hours.

Construction at Giga Berlin is ahead of the schedule, a modern electric car plant, which will begin production sometime in 2021, with a planned output of 500,000 cars upon completion.

Giga Berlin is significant since Germany is somewhat considered the motherland of the automobile, even though most car companies have yet to fully embrace the battery powered car.

Volkswagen, is the notable exception, with their Zwickau factory already transformed to a 100% electric production line, and many new battery models now hitting the streets.

As another sign, European sales of electric cars tripled compared to last year, reaching an optimistic 7,4% of the entire market share. A trend also visible in another key market, China, where for instance the young automaker NIO is currently writing history with record sales.

It may well turn out that Elon Musk’s Giga Berlin will further accelerate the transformation to electric propulsion vehicle transportation, further cementing the dominating role TESLA made so successful.

With registering for energy day trading at an important European energy trading hub recently, TESLA may even plot to further revolutionize the intersection of cars, batteries, and energy, when offering a sort of neural network for batteries, to balance energy demands.

Mercedes-Benz begins Production of Electro Truck eActros
October 5, 2021
Subscribe
0 Comments
Inline Feedbacks
View all comments
Go to Top
wpDiscuz
0
0
Would love your thoughts, please comment.x
()
x
| Reply
Cookie Consent
To provide the best experiences, we use technologies like cookies to store and/or access device information. Consenting to these technologies will allow us to process data such as browsing behavior or unique IDs on this site. Not consenting or withdrawing consent, may adversely affect certain features and functions. Learn more about the data usage on this website.
Manage options Manage services Manage vendors Read more about these purposes
View preferences
{title} {title} {title}