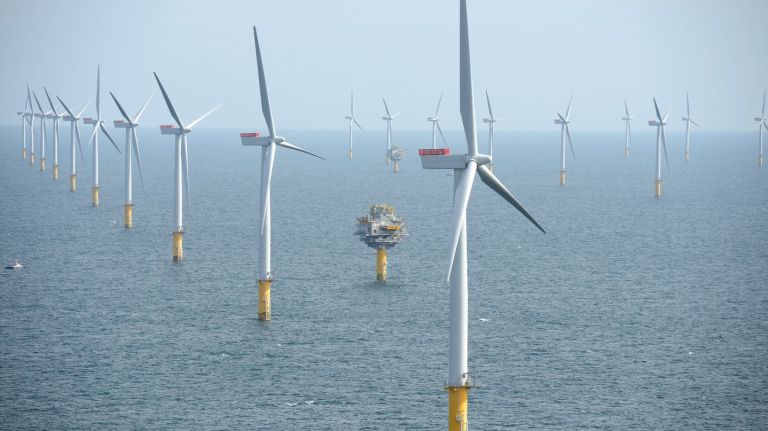 In case you missed it, pigs have sprouted wings, hell is an ice skating rink, and oil and gas companies are investing in clean technologies at unprecedented levels. That’s right, Big Oil is pouring billions of investment dollars into clean energy.

Some of the largest oil companies have made or announced plans to invest piles and piles of money into the same industries fighting to make their core businesses relevant. To understand this very strange phenomenon, let’s explore exactly what’s happening, why this shift is taking place, and what comes next for the ever-important energy sector.

Understandably, Big Oil has a pretty rough reputation when it comes to climate change. The burning of fossil fuels has been conclusively linked to detrimental climate changes for decades, yet oil companies like Exxon ran suppression and disinformation campaigns to downplay these findings and protects its core business.

These efforts stopped being effective as more and more of society started accepting and realizing the myriad causes and effects of climate. Now, it appears society has entered a coping phase as natural disasters worsen and environmental conditions increasingly decline in quality.

And it looks like the largest oil companies have finally received the memo. Maybe the Pope helped send the message or perhaps it was the prospect of government assistance in climate change protection.

As of this writing, Royal Dutch Shell bought a 44% stake in the growing solar developer Silicon Ranch and fully acquired Texas-based MP2 Energy, which distributes natural gas and develops projects for demand response and distributed solar power. That demand response piece could be a key Shell to scaling up solar delivery reliably and profitably.

No one else from Big Oil can be as sincere as Norway’s state-owned Statoil, which changed its name to Equnior back in mid-May, completely striking oil from its brand. The newly dubbed Equinor is making good on the rebrand and pushing the development of offshore wind farms, which could be the most lucrative opportunity in renewables today – a single 100-megawatt offshore wind farm can generate more power than a natural gas or coal plant of the same size. Thank goodness for those ocean breezes, right?

In this campaign for building up the world’s wind power, Equinor is building the Empire Wind project, a 1,000-megawatt offshore wind farm barely 20 miles off the coast of New York State’s Long Island. Once it’s done, the project will boost global offshore wind capacity by a whopping 5% and light up more than a million homes.

The French energy titan Total has likely been the most avant in its thinking and investing. It’s transitioning its long-term operations toward gas and liquefied natural gas so it can transform into a top electric and gas utility supplier in Europe.

Additionally, Total been making its mark in renewables, thanks to its $1.1 billion purchase of Saft, a French company developing energy storage batteries for industry, defense, and transportation. Total also took a majority stake (56%) in solar panel maker Sunpower in 2011. These moves are aimed to support Total’s transition to becoming a power supplier, then facilitate a further transition away from gas and to basing its entire energy supply in renewable sources.

Gotta Get That Green

So what prompted these shifts in strategy? Unfortunately, it wasn’t exclusively the Pope’s moral and ethical clout, nor was it Al Gore’s Inconvenient Sequel.

Instead, it was probably the allure of the almighty dollar.

The rise of electric vehicles (EVs) over the last few years portends a steep decline in the demand for hydrocarbons over the next several years as they become more and more mainstream. As demand for gasoline drops, so too would oil prices, undercutting Big Oil’s profitability. By diversifying, they hedge against this looming downturn and open up new revenue streams as their renewable investments will likely play a part in powering the EV revolution.

Development costs for solar and wind power have dropped dramatically over in recent years as the technologies have scaled. The costs per kilowatt-hour for renewables has fallen to significantly below those of fossil fuels, spurring greater innovations and more market momentum, which Big Oil would be loath to miss out on – their investors are used to consistently strong returns.

Finally, investor pressure is finally starting to stick this time. Back in May, 60 massive institutional investors in command of a combined $10.4 trillion in assets penned an open letter demanding the oil and gas companies pick up their slack on supporting climate protection goals, specifically in compliance with the Paris Agreement .

These trends are incredibly hard to ignore and oil companies finally got the message that it’s time to move on from fossil fuels, even it’s only baby steps for now.

This dramatic change in Big Oil’s investment strategy presages an era of incredible growth in the renewables sector. The last bastion of climate deniers in industry has cracked and many players are making an about-face toward a more sustainable future.

These investments, acquisitions, and projects matter a great deal for both the symbolic and economic value. When an oil company massively increases global offshore wind power in a single project, it’s clear where the industry needs to move and other players will start investing out of a sharp fear of missing out, what is sometimes called “corporate FOMO.”

Consumers who want to opt into renewable energy sources will increasingly find it an easier choice to make. With more investment dollars flooding the market, development and operating costs go down, which should translate all the downstream to consumers’ energy bills and the costs of installing home solar panels.