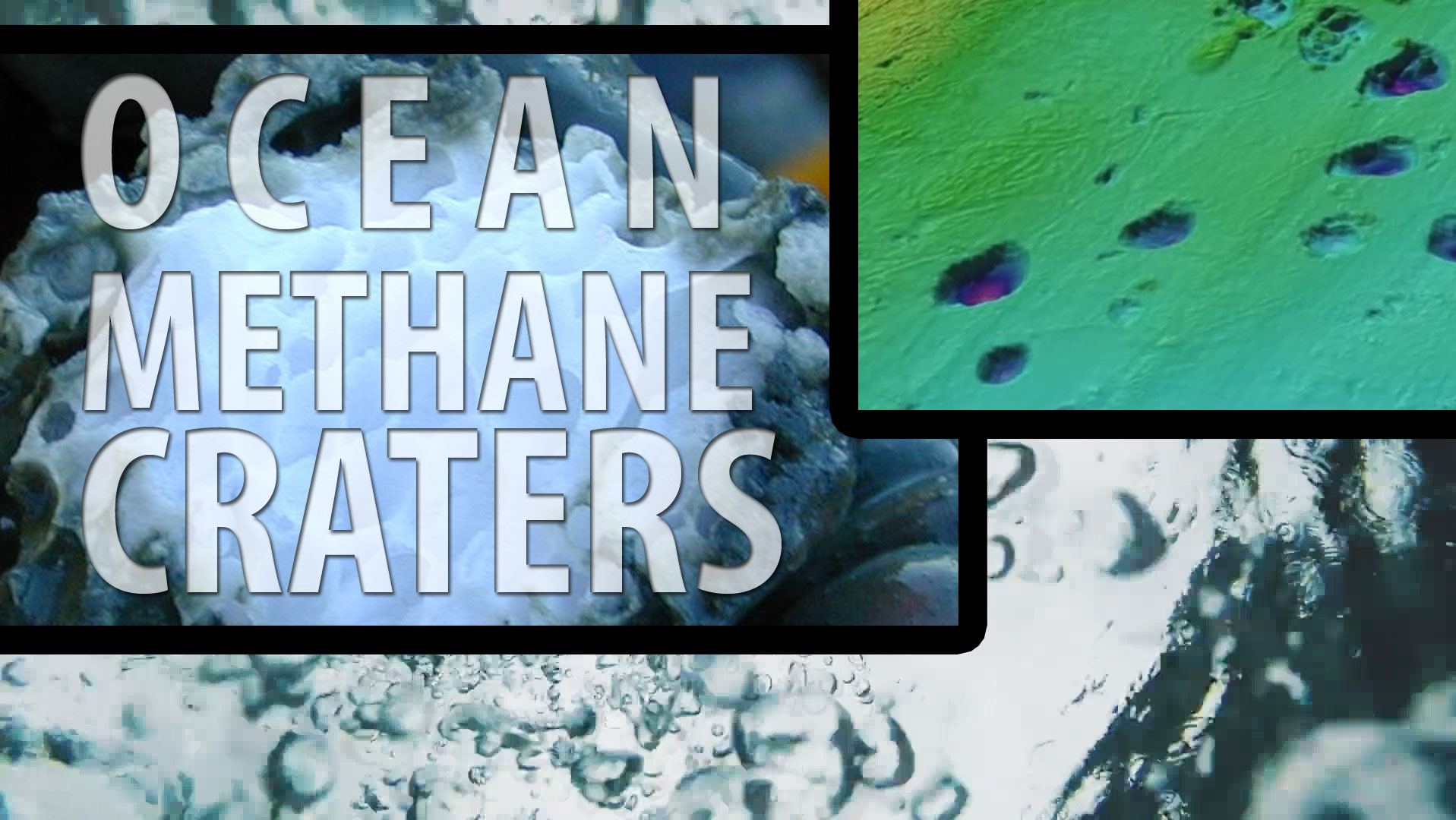 What could possibly go wrong, ignoring climate change, the warnings or clues from what science tells us, even if we were just creating a better world with clean energy, and millions of new jobs?

One thing which could go very wrong, are based on the so called positive feedbacks, that is triggering additional processes which eventually lead to more warming.

One of those suspected feedbacks is the release of methane stored or trapped in large quantities in frozen soils in the Arctic or Antarctica, or produced in soils if conditions are right. Methane, although most commonly observed in gas form, can sometimes become trapped at the bottom of the ocean in very deep or cold regions, freezing into a solid substance known as a methane hydrate, also called methane clathrate.

Ice like crystal structures of water, forming a solid, similar to that of ice.

It can remain trapped this way until something destabilizes it.

Originally thought to occur only in the outer regions of the Solar System, where temperatures are low and water ice is common, significant deposits of methane clathrate have been found under sediments on the ocean floors of the Earth.

The observed density of clathrates is around 0.9 g per cubic centimetre, which means that methane hydrate will float to the surface of the sea, unless it is bound in place by being formed in or anchored to sediments.

One cubic metre of the compound releases about 160 cubic metres of methane gas.

This matters because methane is a potent greenhouse gas — its global warming potential, the effect on the atmosphere is up to 34 times as strong as that of carbon dioxide over a period of 100 years or so, according to the IPCC.
But in the first decade or two, before decaying to CO2, methane’s warming potential is 86 times as much as that of CO2.

New findings, described in the study “Massive blow-out craters formed by hydrate-controlled methane expulsion from the Arctic seafloor” published June 2017, in the journal Science, by a team of researchers from CAGE Centre for Arctic Gas Hydrate, Environment and Climate, from Norway, are the latest of recent discoveries in climate science, suggesting Arctic methane explosions took place in the ancient past.

And could this happen again, and how would affect it the climate today?

The study is based on research of hundreds of massive, kilometre –wide, craters on the ocean floor in the Barents Sea, a region of the Arctic Ocean stretching between Norway and Russia.

There, at the bottom of the ocean floor, stands a collection of more than 100 craters, some as much as 1 kilometre wide and nearly 300 meters deep.
The researchers believe they were formed by sudden rushes of methane from the seafloor, nearly 12,000 years ago, when a sudden burst of methane surged from the bottom of the Arctic Ocean, leaving an array of gigantic craters in its wake.

A few of these craters were first observed in the 90-ties, and new findings show that the craters cover a much larger area than previously thought.

In comparison, the huge blow-out craters on land, recently observed on the Siberian peninsulas Yamal and Gydan are 50-90 meters wide, but similar processes may have been involved in their formation.

The crater area on the bottom of the Arctic ocean, was covered by a thick ice sheet during the last ice age, much as West Antarctica is today.
As the climate warmed, and the ice sheets were thinning and retreating, increased concentrations of gas hydrates accumulated in shallow layers below the ice sheet.

As this happened, the space in the ground where conditions were right for the hydrates to remain stable grew thinner and thinner.

And as the ice continued to retreat and the enormous pressure was relieved, Earth’s crust began to bounce back into shape.
These factors further contributed to the compression of the hydrates in the Arctic sediment and began to cause mounds to rise up at the bottom of the newly formed sea.

Finally, at one point, enormous amounts of methane were abruptly released creating the massive underwater craters.

“I think it was probably like a lot of champagne bottles being opened at different times” explained Karin Andreassen, the new paper’s lead author and a professor of marine geology and geophysics at the Center for Arctic Gas Hydrate, Environment and Climate at the Arctic University of Norway.

Although there’s no evidence that other sudden bursts have occurred in the region since, there appears to still be a substantial reservoir of gas there.
To this day, methane and other hydrocarbons continue to slowly vent from the seafloor — and probably have been since the explosions occurred.

There’s evidence of other intact hydrates still in the region — mounds that have yet to burst — and what will happen to them in the future remains unclear.

Scientists generally believe that the methane leaking from these seeps never makes it to the surface of the ocean, instead dissolving in the water on its way up. But some suggest that an explosion, of the type described, could produce enough force to send some gas straight up to the surface and into the atmosphere.

As for the methane explosion, it’s not the only such event to have occurred in ancient Arctic history.
Grasby, the Natural Resources Canada scientist, recently published research describing a cluster of rocky mounds in the Canadian Arctic that researchers believe were also caused by an ancient methane explosion, although much further in the past.
Grasby’s mounds were likely formed about 100 million years ago, probably after a sudden warming period in Earth’s history destabilized the hydrates.

His paper raised the question of whether modern-day Arctic warming could be priming the region for another methane explosion in the future and whether that gas could make it to the atmosphere.

The concern is that this scenario could lead to a dramatic amplification of global warming, even potentially triggering a climate feedback loop, in which more warming causes more methane to be released.

Andreassen, cautioned that these theories have no concrete support for the time being, noting that it would be a “dramatic conclusion” to assume that ancient methane explosions had a significant effect on the climate without substantial extra work to back up the idea.
Still, because methane hydrates do still exist in the region — and conditions in the Arctic are rapidly changing, thanks to global warming — it’s a scenario deserving continued attention.

Methane GWP, How Bad of a Greenhouse Gas Is Methane? https://www.scientificamerican.com/article/how-bad-of-a-greenhouse-gas-is-methane/

Additional video via http://pixabay.com and NASA