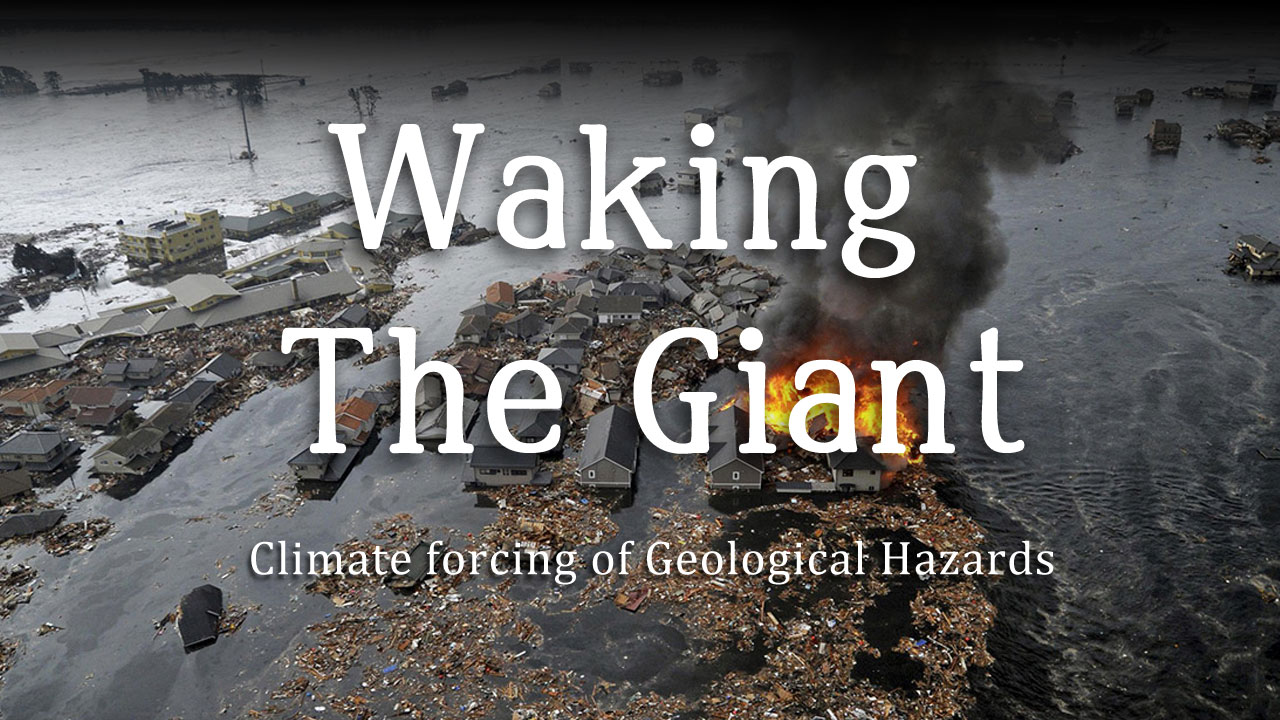 Bill McGuire on the influence of climate change on geological systems, the link between episodes of major climate transition and geohazards (2012). Small changes in the Earth’s crust can potentially trigger large hazards such as earthquakes and volcanoes.

Bill McGuire is Professor of Geophysical & Climate Hazards at UCL. He was a member of the UK Government’s Natural Hazards Working Group, established in 2005 in the wake of the 2004 Indian Ocean tsunami, and in 2010 a member of the Scientific Advisory Group for Emergencies (SAGE), addressing the Icelandic ash problem. He was a contributing author of the 2011 IPCC Report on climate change and extreme events.

He also published a book on the topic

Waking the Giant: How a changing climate triggers earthquakes, tsunamis, and volcanoes
https://www.amazon.com/Waking-Giant-Changing-Earthquakes-Volcanoes/dp/0199678758

Further Evidence suggests Arctic Ocean Methane Storage getting Unstable
July 19, 2020
Subscribe
0 Comments
Inline Feedbacks
View all comments
Go to Top
wpDiscuz
0
0
Would love your thoughts, please comment.x
()
x
| Reply
Cookie Consent
To provide the best experiences, we use technologies like cookies to store and/or access device information. Consenting to these technologies will allow us to process data such as browsing behavior or unique IDs on this site. Not consenting or withdrawing consent, may adversely affect certain features and functions. Learn more about the data usage on this website.
Manage options Manage services Manage vendors Read more about these purposes
View preferences
{title} {title} {title}
Loading Comments...