Incredible footage of the strongest Typhoon Meranti in 2016 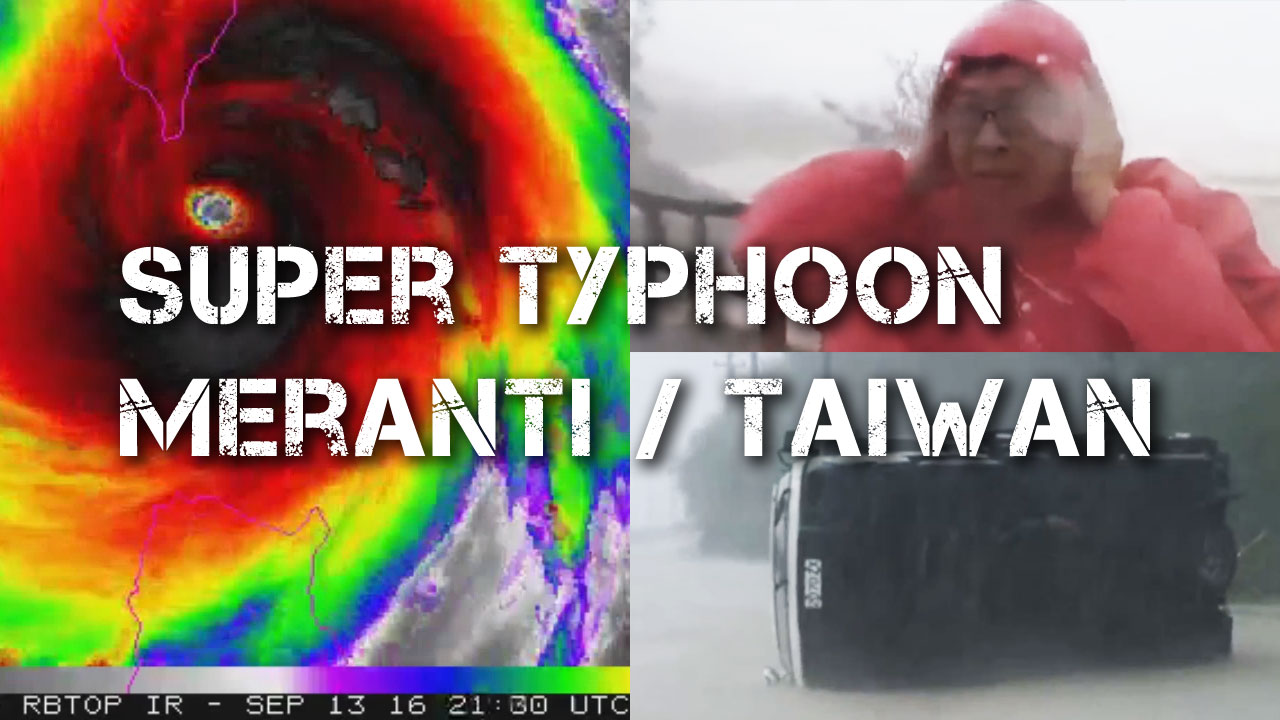 The Japan Meteorological Agency analyzed Meranti’s central pressure at 890 millibars. This puts Meranti in the elite pantheon of the deepest tropical cyclones ever recorded anywhere on Earth.

Meranti will likely make landfall on the China coast.

Meranti is a very large and extremely powerful typhoon. Its highest 1-minute sustained winds were 185 mph on Tuesday morning, according to the JWTC. This puts Meranti ahead of Cyclone Winston for the strongest sustained winds for any tropical cyclone of 2016 thus far. (Winston’s top winds were reduced from 185 to 180 mph in post-storm reanalysis.)

According to Phil Klotzbach (Colorado State University), only two Northwest Pacific typhoons aside from Meranti are known to have maintained 185-mph sustained winds for at least 18 hours: Tip (1979) and Haiyan (2013). https://www.wunderground.com/blog/JeffMasters/taiwan-china-brace-for-cat-5-meranti-ts-ian-churns-through-open-atla