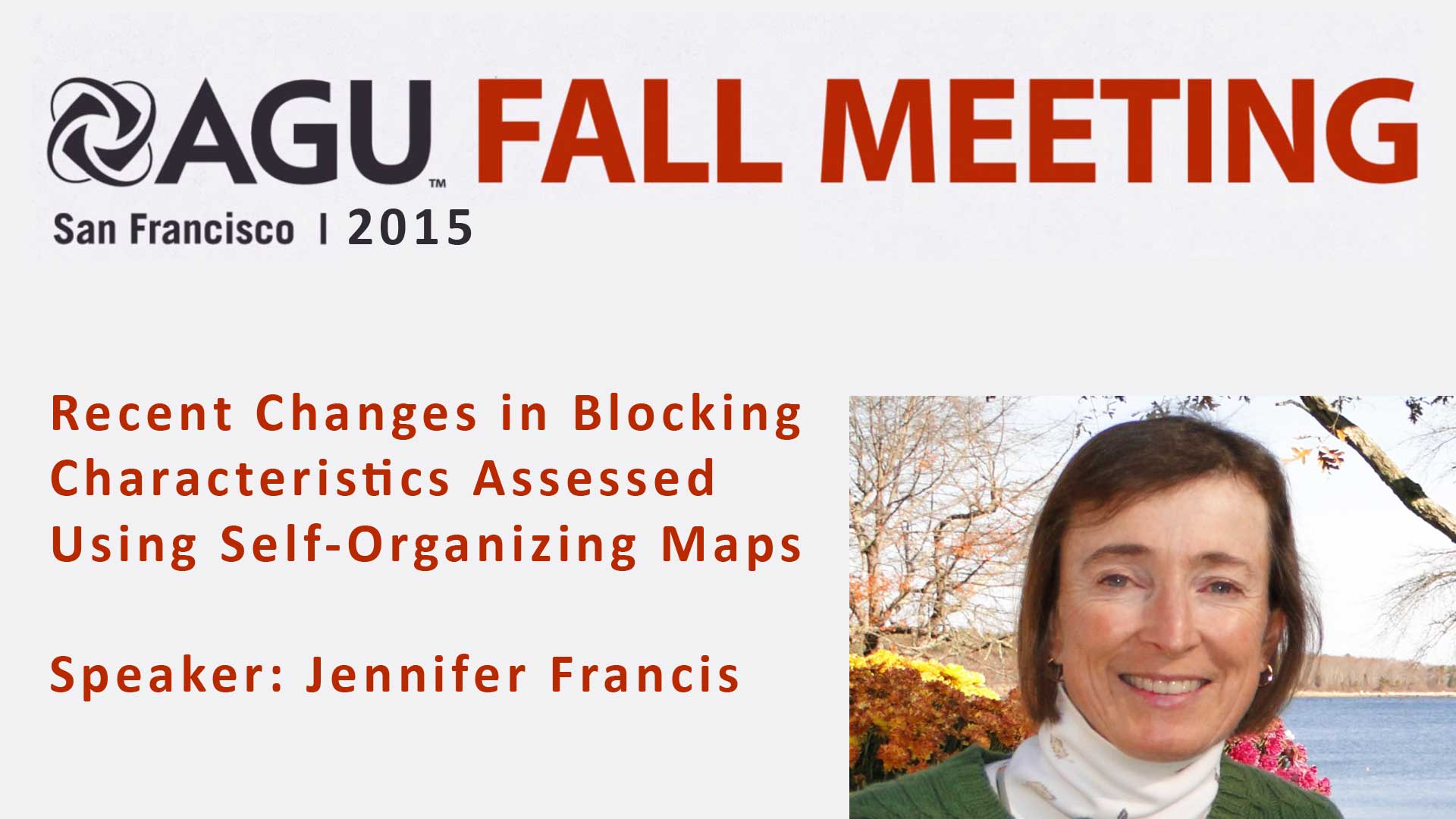 Blocking anticyclones are known to be associated with persistent weather patterns that often lead to extreme weather events. An outstanding question, however, is whether the frequency and/or intensity of these dynamical features are changing in response to human-caused climate change, and in particular, to a disproportionately warming Arctic.

In this presentation we describe a study using a pattern-recognition/clustering tool called Self-Organizing Maps (SOMs) to investigate the temporal behavior of blocks over recent decades, and attribute any changes to either frequency shifts in characteristic atmospheric patterns or to cluster-mean changes in a blocking characteristic for a given pattern. In this application, we use single contours of 500-hPa heights from reanalyses to identify characteristic ridge/trough patterns in the upper-level flow in the northern hemisphere.

By mapping daily assessments of blocking occurrence and intensity to the SOM-derived patterns, we investigate temporal and regional changes in blocking. We find that the relative frequency of blocking days – defined as the number of blocked days in a particular pattern relative to the total number of days in that pattern – has increased significantly ( larger than 95% confidence) in all regions: 60% of the patterns in the Atlantic, 80% in the Pacific, and 30% over continents. While the increases over oceans occur in all seasons, the higher occurrence of blocks over continents is confined to the warm season.

Blocking intensity, however, has generally decreased, as expected with a weaker poleward temperature gradient. Blocking frequency and Arctic amplification are positively correlated over the Pacific and continental sectors, implying that as the Arctic continues to warm faster than mid-latitudes, the number of days with blocks should continue to increase. Better understanding the mechanisms for changes in blocks and other high-amplitude jet-stream patterns in a warming world will enhance predictability and help society prepare for unusual and extreme weather ahead. https://agu.confex.com/agu/fm15/meetingapp.cgi/Paper/63462

videos of the week, the blocking pattern edition | Hypergeometric

[…] has a nice overview. Dr Francis spoke on this (again) in 2015: Abstract for the above is available here. She’s using self-organizing maps, a machine learning technique, to help identify blocking […]