The history of Offshore drilling 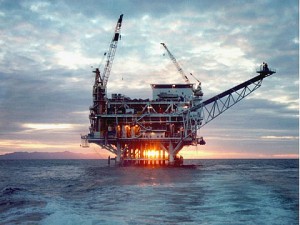 Seabed gouging by ice, Oil and gas developments in Arctic waters must address environmental concerns through proper contingency plans. Large parts of the Arctic are covered with ice. During the winter months, darkness prevails. If an oil spill occurs, it may go undetected for several months. https://en.wikipedia.org/wiki/Seabed_gouging_by_ice

“It’s too complicated,” Claudio Descalzi, the chief executive of the Italian oil company Eni, said in a recent interview. The company allowed its lease in Alaska’s Chukchi Sea to expire without drilling. “Everything that is too complicated is too expensive and too risky — and my job is to reduce risk,” he said.

Patrick Pouyanné, the chief executive of Total, a French oil giant that produces natural gas in the Russian Arctic, also expressed doubts about drilling for oil in the Alaskan Arctic with prices virtually cut in half in recent months.

“At $50 a barrel, it does not make any sense,” he said in an interview. “These are high-cost resources.” He added that a spill “could be very detrimental for the reputation of a company.”