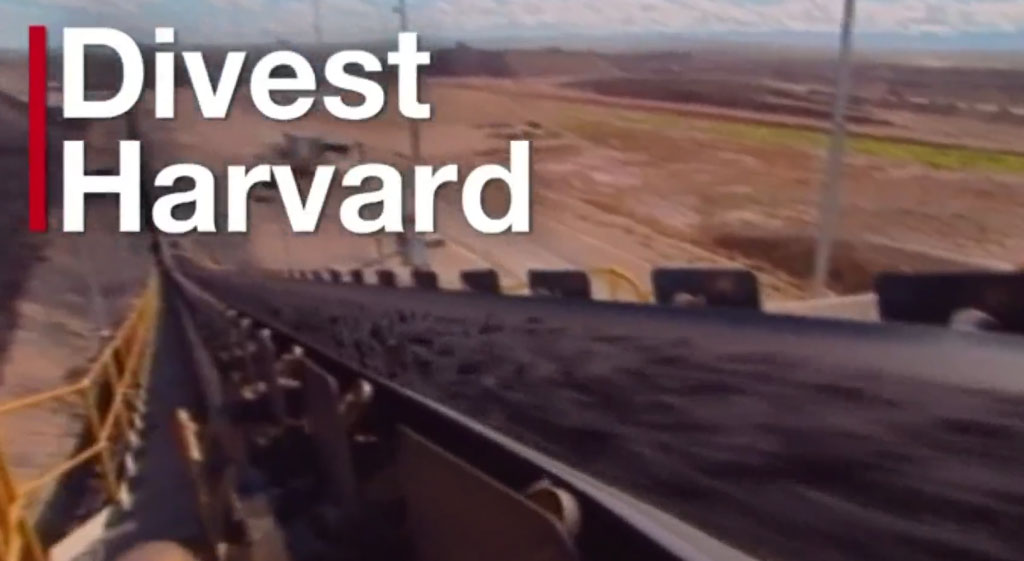 CNN: Stanford University has already decided it will no longer directly invest in coal mining companies because it has a responsibility to consider “corporate policies or practices (that) create substantial social injury.”
Harvard is fighting climate change, too. The university has an enviably small carbon footprint and its scientists are among the most respected for their work in global warming. But so far, the university has refused to divest because its president, Drew Faust, says divestment is “likely to have a negligible financial impact on the affected companies.” CNN reached out to Faust and received no response.

French President Francois Hollande said global warming could lead to war. Even the U.S. Defense Department says climate change poses an “immediate risk to national security.”
And still, powerful politicians say, “I’m not a scientist.” And Harvard still feels pulling its investments out of fossil fuels would “diminish the influence or voice we might have with this industry.”

I understand where both sides are coming from, but it still bugs me. And it bugs Maxmin.

Divest Now: Time for Universities to Stand Up to Fossil Fuel Interests http://switchboard.nrdc.org/blogs/plehner/divest_now_time_for_universiti.html