You are here:
2014Climate ChangeCommunicationDenialPolicy 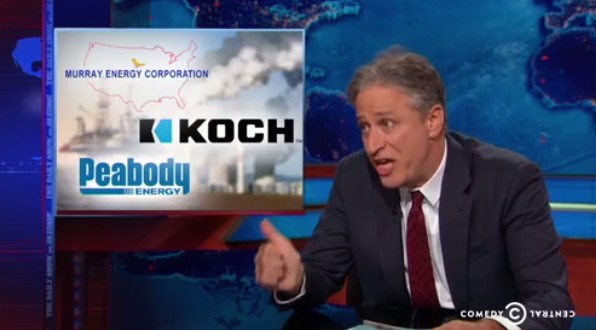 Stewart Blows Up on GOP Over Climate Change: ‘Pushing a Million Pounds of Idiot Up a Mountain’

Jon Stewart on Monday slammed a U.S House hearing regarding climate change, comparing the Republican-led session to “pushing a million pounds of idiot up a mountain.” The Wednesday hearing featured testimony from John Holdren, President Barack Obama‘s adviser on science and technology. Stewart showed clips of Republicans Steve Stockman of Texas, Dana Rohrabacher of California and Larry Bucshon of Indiana doubting the effects of climate change. . .