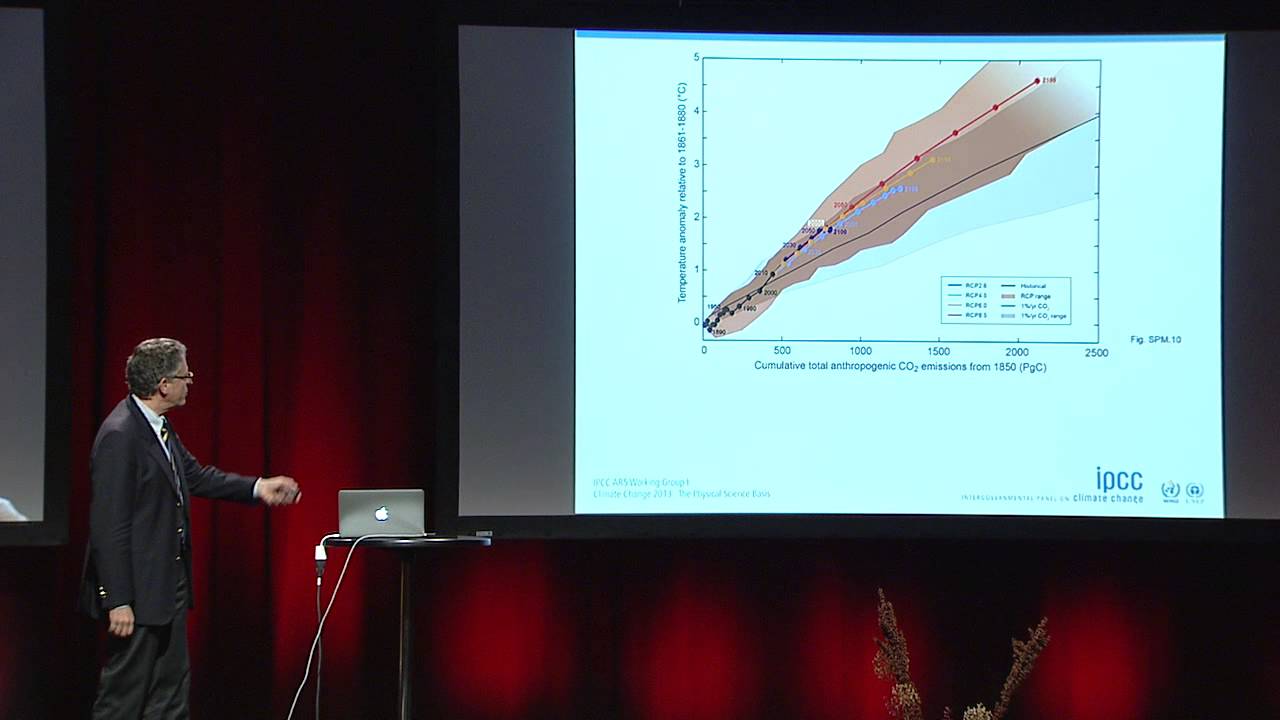 Professor Hans Rosling, Karolinska Institutet of Sweden. Edutainer at www.Gapminder.org their mission: “To fight devastating ignorance with a fact-based worldview everyone can understand.”

The first public forum for the launch of the Intergovernmental Panel on Climate Change Fifth Assessment Working Group I Summary for Policymakers, Climate Change 2013: the Physical Science Basis. STOCKHOLM 28 September 2013

Hans Rosling first reviews the importance and credibility of the IPCC Reports, and how carefully they are prepared. Then he reviews:
– Details of Global Mean Sea level rise, by how much, how fast, and where will it change the most.
– World population changes from 1800 to 2100 and shifting demographics, lifestyles, and future expected growth by continent totaling ~10 Billion by 2100
– Fossil fuel energy use per Population by Continent
– Growth in CO2e emissions by nation from 1900 to 2100. China in 2010 does not produce CO2 at the same levels of the USA in 1900.
– Per Person Income change by continent 1820 to 2010
– Distribution of the use of Coal, Oil, Gas, Nuclear, Bio & Hydro, Solar Wind Renewables 2000 to 2100 – from the Poorest to the Richest Populations in Billions
– Compares the distribution of the 7 million Child deaths per year
– What % of the world energy now comes from solar and wind power? About 1%

Hans Rosling concludes: “We over estimate what we have done. We must do the real thing. We must take these IPCC reports seriously and get things done. We think we have done more than we have, and we haven’t understood how much we have to do.”

What Does the New IPCC Report Say About Climate Change?

The warming is unequivocal.
Humans caused the majority of it.
The warming is largely irreversible.
Most of the heat is going into the oceans.
Current rates of ocean acidification are unprecedented.
We have to choose which future we want very soon.
To stay below 2°C of warming, the world must become carbon negative.
To stay below 2°C of warming, most fossil fuels must stay buried in the ground.

Terrible English. He acts like a clown. Waste of time.

hes an alarming cornucopeanist on population.

Very educational. Something else for ignorants in the world to learn. For
those making fun of his english, how many languages you speak? nada?

I have great respect for Hans Rosling but I strongly disagree with his
respect for the IPCC. Climate change is real (always has been and always
will be) but CO2 is a very minor contributor to climate change. Why do we
ignore the myriad of other variables which affect climate, some we are not
even aware or acknowledgeable of?

If you can only watch one YouTube video this year, please make this that
one.

The first public forum for the launch of the Intergovernmental Panel on
Climate Change Fifth Assessment Working Group I Summary for Policymakers,
Climate Change 2013: the Physical Science Basis.

Reply
Go to Top
wpDiscuz
41
0
Would love your thoughts, please comment.x
()
x
| Reply
Cookie Consent
To provide the best experiences, we use technologies like cookies to store and/or access device information. Consenting to these technologies will allow us to process data such as browsing behavior or unique IDs on this site. Not consenting or withdrawing consent, may adversely affect certain features and functions. Learn more about the data usage on this website.
Manage options Manage services Manage vendors Read more about these purposes
View preferences
{title} {title} {title}