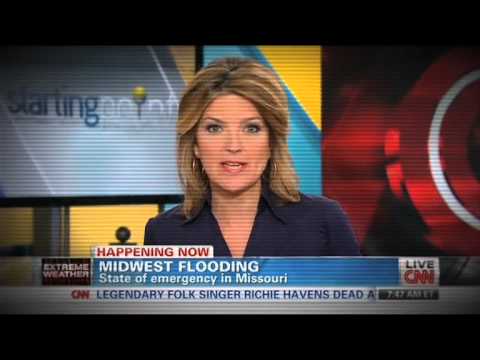 Peter Sinclair notes:
Dear Mainstream Media,
Does the phrase “Biggest Story of the Millennium” mean anything to you?
Let’s play word association. For instance, if I say, “trees”, you might say…. “forest”.
C’mon guys. I can’t do this all by myself.

Media Matters:
ABC, CBS, NBC and CNN devoted 74 full segments to flooding in the Midwest, but only one—on CBS Evening News—alluded to the fact that heavy downpours have increased (one percent of coverage). That segment did not explain that scientists have attributed this to climate change, and did not feature any scientists. MSNBC and Fox News were not included in this analysis because transcripts of their daytime coverage are not available in Nexis. [CBS News, 5/2/13]