Kevin Trenberth: How To Relate Climate Extremes to Climate Change

You are here:
Extreme WeatherLectureScience Talk 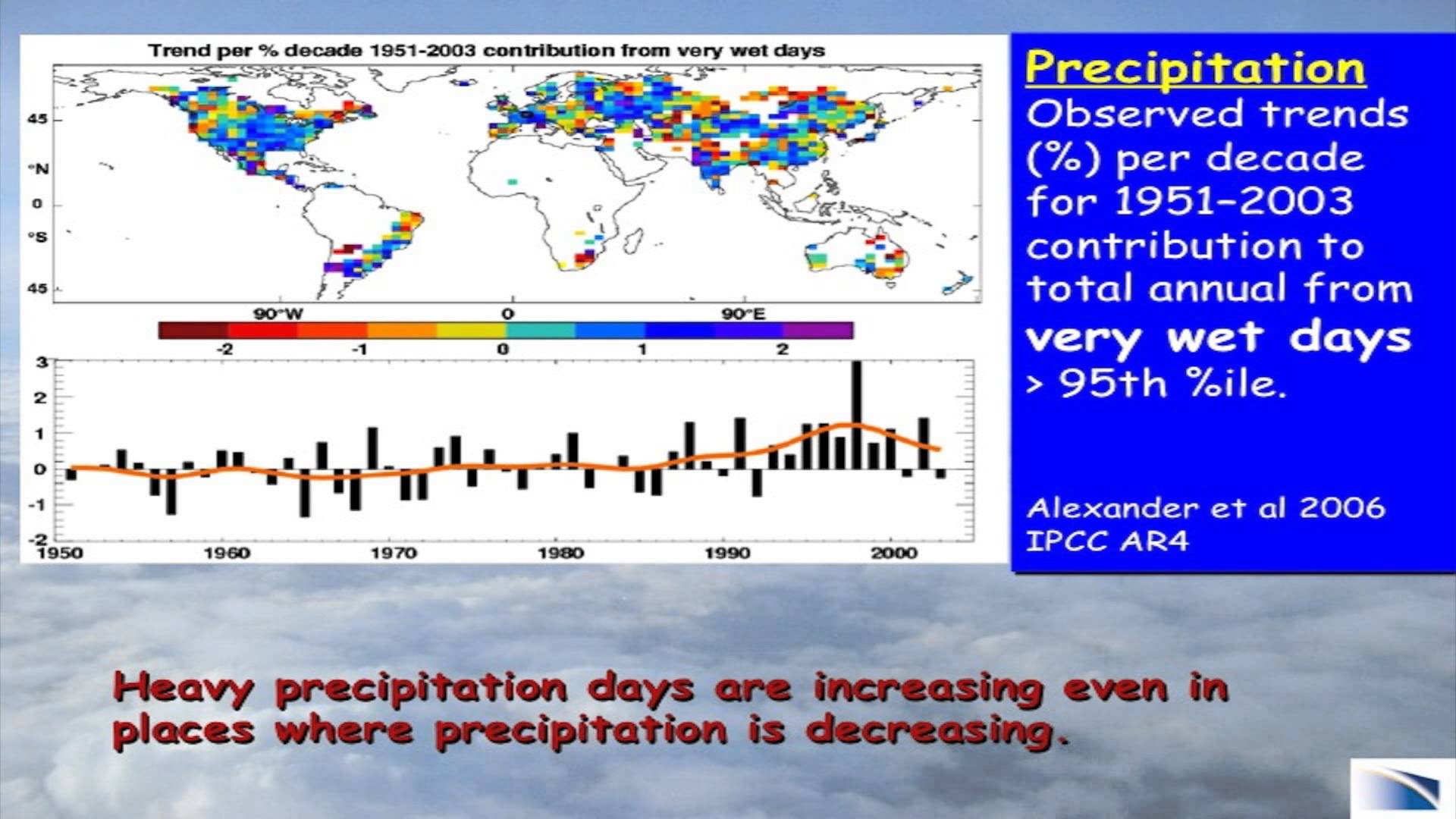 Public lecture by Distinguished Senior Scientist at the Climate Analysis Section at the National Centre for Atmospheric Research (NCAR), Kevin Trenberth held at UNSW on October 16, 2012.

The atmospheric and ocean environment has changed from human activities in ways that affect storms and extreme climate events. The main way climate change is perceived is through changes in extremes because those are outside the bounds of previous weather. The average anthropogenic climate change effect is not negligible, but nor is it large, although a small shift in the mean can lead to very large percentage changes in extremes. Anthropogenic global warming inherently has decadal time scales and can be readily masked by natural variability on short time scales. To the extent that interactions are linear, even places that feature below normal temperatures are still warmer than they otherwise would be. It is when natural variability and climate change develop in the same direction that records get broken. For instance, the rapid transition from El Niño prior to May 2010 to La Niña by July 2010 along with global warming contributed to the record high sea surface temperatures in the tropical Indian and Atlantic Oceans and in close proximity to places where record flooding subsequently occurred. A commentary is provided on recent climate extremes. The answer to the oft-asked question of whether an event is caused by climate change is that it is the wrong question. All weather events are affected by climate change because the environment in which they occur is warmer and moister than it used to be. Source