Nigeria Floods Displace more than a Million and Kill 500 People 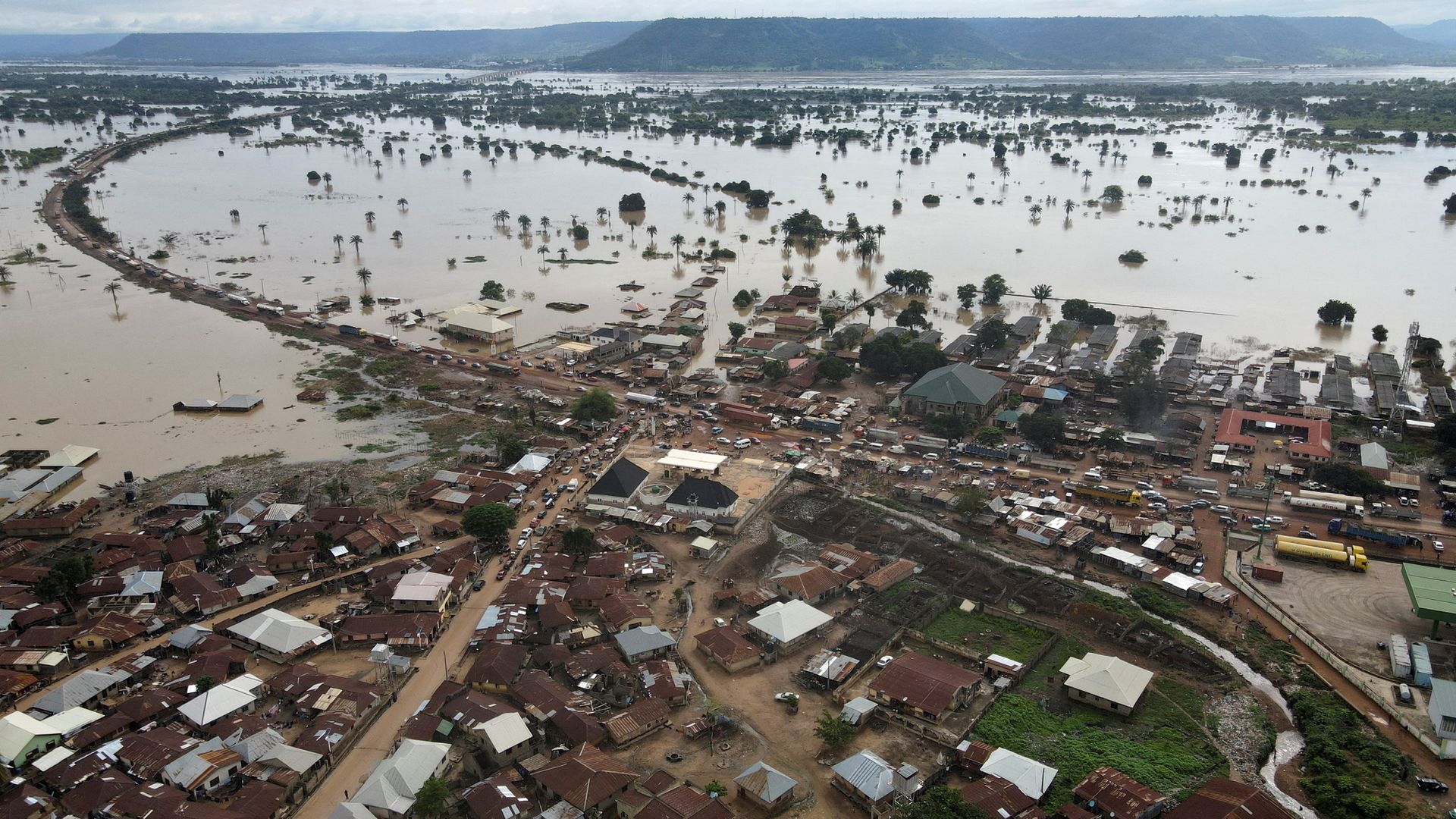 Abuja, Nigeria CNN — More than 1.4 million people have been displaced and about 500 people have died in some of the worst flooding Nigeria has seen in a decade, the country’s humanitarian ministry said Wednesday.

As of Tuesday, “over 1.4 million persons were displaced, about 500 persons have been reported dead, 790,254 persons moved out of their locations and 1,546 persons were injured,” said Nasir Sani-Gwarzo, permanent secretary of the Ministry of Humanitarian Affairs, Disaster Management and Social Development, in a statement.

The latest figures represent a significant increase in casualties and displacements from Nigeria’s devastating flood crisis this year. Last month, the country’s National Emergency Management Agency (NEMA) said at least 300 people had died and more than 100,000 others had been displaced since the start of the rainy season.

According to the humanitarian ministry, flooding this year was similar to Nigeria’s last major flooding in 2012, which killed 363 people and displaced 600,000.

The floods have hit 27 of Nigeria’s 36 states and impacted around 1.4 million people, the ministries for humanitarian affairs and for disaster management said in an online posting.

Nigerian authorities said flooding caused by heavier than usual rains had been building since early summer and intensified after water releases from the Lagdo dam in neighbouring Cameroon.

I have never seen such a thing,” resident Khalid Yahaya Othman told Reuters as he looked at his submerged fuel tanks and nearby waterlogged streets.

“When this water was coming, we never envisaged that it will come and over cover the tank,” he said

State oil company NNPC blamed the floods, which blocked a key road out of Lokoja, for a fuel shortage in the capital, Abuja.