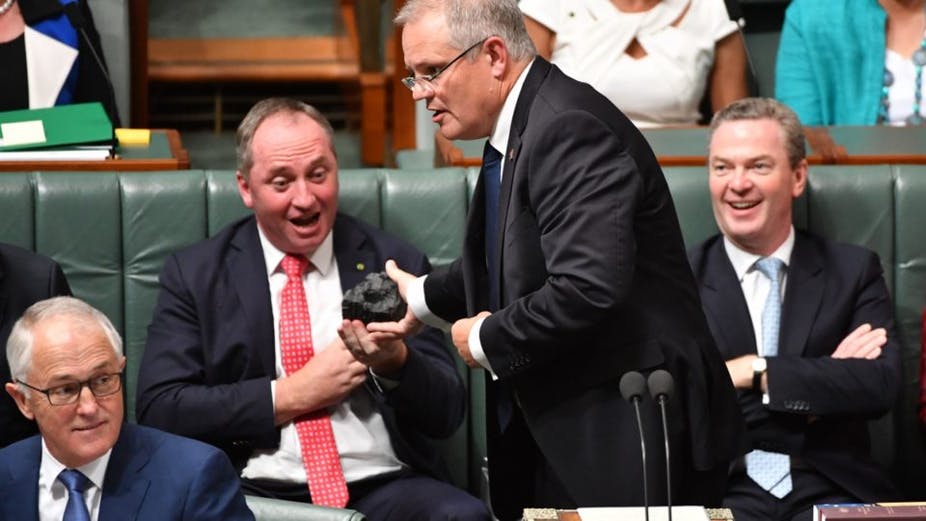 Now the Australien Government has made an ad about how it makes everything good, shit – and it’s surprisingly honest and informative.

The Washington Post: Sworn in on June 22, Australia’s new deputy prime minister, described as a “climate change skeptic” by Reuters, is expected to make even the nation’s already loose commitment to net zero emissions more difficult. Barnaby Joyce, who served as deputy prime minister from 2016 to 2018 before resigning after an extramarital-affair scandal, was seated after a leadership revolt in the coalition government’s minor party.

Joyce has previously said he was willing to vote against policies that would cause job loss because of higher climate standards. He joins Prime Minister Scott Morrison, whom Australians have rebuked for his conservative environmental policies.

Even this seemingly small concession was seen by some in Australia as a major step forward. Morrison is famous for waving a lump of coal before Parliament in 2017, when he was still a lawmaker.

In “stark contrast” to federal policy, Donna Green, a professor of climate change at the University of New South Wales, said that some Australian states have paved their own clean-energy path, heavily investing in “the inevitable transition to a renewable-energy future.”

She named, for example, the upcoming construction of the world’s largest battery for energy storage in New South Wales. In November, New South Wales passed an energy bill that included plans to build 12 gigawatts of clean energy — a capacity that compares to the nation’s entire existing large-scale renewable-energy capacity, the Guardian reported, adding that the state move further isolates the federal government on fossil fuels.