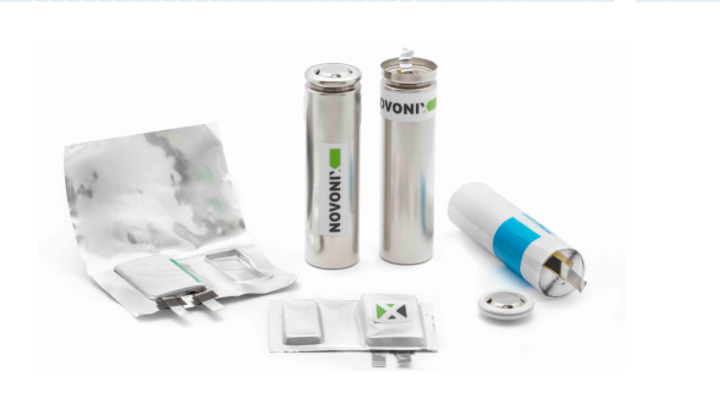 Since we suggested that NIO shares should be part of a portfolio, when looking to help accelerate the electric car revolution, the stock has risen tremendously, by roughly 400 percent.

Nio has risen to the point where further investments need careful considerations, because even with more gain most of it will be from hype feeding a bubble.

Even though Nio car sales quadrupled many times, with further competition, technological advancements, there are also more risks for investors, at least the stock will progress slower.

So there are better options now in my opinion, and strategically if we want the electric car sector to succeed it makes also sense to invest in related tech.

Battery technology is rapidly advancing, recently there was the IPO hype about the research project known as Quantumscape, and car supplier BorgWarner take over the German battery systems manufacturer Akasol.

Novonix is a U.S. company creating synthetic graphite anodes for electric car lithium batteries among other things, their slogan, ‘Better battery technology. Faster, cleaner and cheaper. Because the world needs it.’

InsideEVs: Novonix recently filed patent applications for dry particle microgranulation (DPMG) technology, which is expected to lower the cost and increase the efficiency of manufacturing of anode and cathode materials.

Novonix is scaling development of this material at a pilot cathode processing facility. In addition to its Canadian operations, Novonix operates the PUREgraphite anode material plant in Chattanooga, Tennessee, which is ramping up capacity to 2,000 tons/year of synthetic graphite.

Professor Dahn has announced plans to step down from his leadership role at Tesla’s Advanced Battery Research group and to become Chief Scientific Advisor at Novonix Battery Technology Solutions, a company that was spun out of Dahn’s research group in 2013 by Dr. Chris Burns (now Chief Executive of Novonix).

Novonix has the know how, already puts out battery parts, and is one of the few battery technology companies not located in Asia. Perhaps, Novonix is one day another Northvolt, which is currently building battery giga factories in Sweden in Germany.

SeekingAlpha: Dry Particle Microgranulation, or DPMG, is Novonix’s breakthrough method to produce higher quality, low-cost synthetic graphite anode and cathode materials. The traditional CSTR process, while costing less than non-synthetic graphite, produces a lot of waste and is not environmentally friendly. The average production cost of synthetic anode using the CSTR method is around $8000/ton, while DPMG is estimated to produce these materials at a cost of only $5000/ton along with being environmentally friendly.

SeekingAlpha: As of now, most of the synthetic graphite anode supply comes from China, primarily because they have historically been the lowest-cost producer. Players in the Electric Vehicle supply chain have been looking to diversify battery materials supply for a long time. Battery manufacturers don’t want to be heavily reliant on Chinese companies to supply their graphite materials due to the political risk that comes with doing business with an authoritarian state. Price has been the only factor that has held back the Samsungs and Panasonics of the world from diversifying their supply chains. Novonix has developed a solution to this problem by coming up with a much lower cost and environmentally friendly method of producing synthetic graphite in the United States that beats most higher costing materials in performance.

The stock has risen about 800 percent in a year, currently trading at 2EUR.