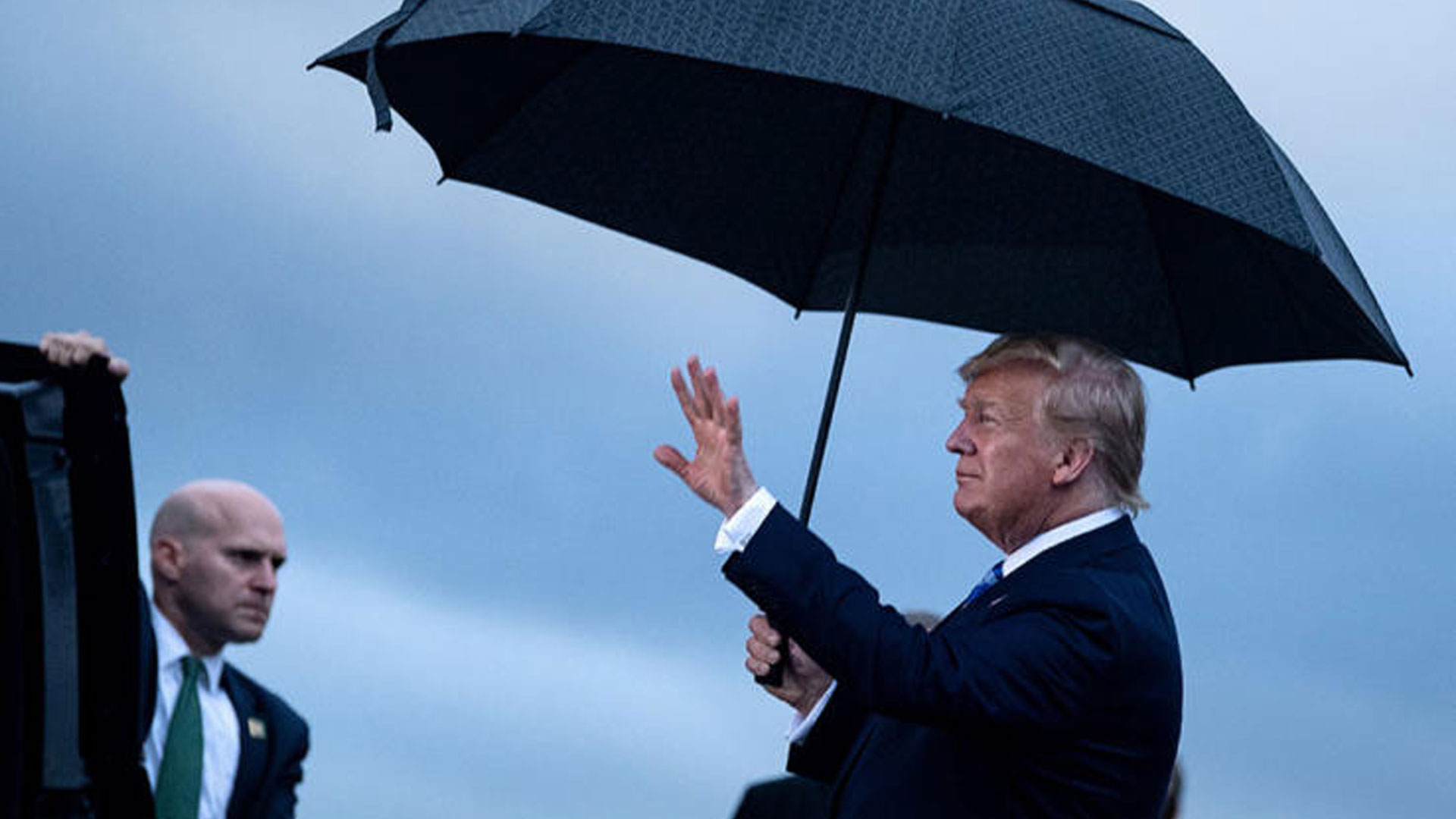 The Leaders of the G20 met in Osaka, Japan from 28-29 June 2019, and declared united efforts to address major global economic challenges, to foster global economic growth, while harnessing the power of technological innovation, in particular digitalization, and its application for the benefit of all.

The G20 had been at risk of ending without a declaration, as U.S. President Donald Trump tried but failed to get other countries to join his camp and oppose the Paris agreement.[1] Trump tried “to enlist the leaders of Saudi Arabia, Brazil, Australia, and Turkey in opposing commitments to stand by the Paris climate agreement made at previous G-20 summits.”[5]

We have the cleanest air we’ve ever had. But I’m not willing to sacrifice the tremendous power of what we’ve built up over a long period of time, and what I’ve enhanced and revived.”[5]

However, the “U.S. does not have the cleanest air, and it hasn’t gotten better under the Trump administration. The U.S. ranks poorly on smog pollution,which kills 24,000 Americans per year,” according to AP. “On a scale from the cleanest to the dirtiest, the U.S. is at 123 out of 195 countries measured.” Furthermore, according to a study published last year in the Proceedings of the National Academy of Sciences, tens of millions of Americans are exposed to unsafe drinking water each year.[5] The climate commitments by the USA are so far considered, critically insufficient.

Saudi Arabia’s Crown Prince Mohammed bin Salman for instance mentioned, “reducing greenhouse gas emissions and adapting to the negative effects of climate change.” The Prince further pointed our that the Kingdom is working to develop a comprehensive and integrated energy-saving system through energy efficiency programs, and that the Kingdom has recently launched several projects aimed at increasing the production of renewable energy, and that integrating and exploiting all energy sources is a necessity.[3] However, Saudi Arabia’s commitments are so far considered, critically insufficient.

Meanwhile, Russia’s leader Putin announced, “We are going to fully implement our obligations, in the near future we will proceed to ratifying these [climate] agreements, carry out relevant internal procedures.”[4] However, Russia’s climate commitments are so far considered, critically insufficient.

UK’s May urged, “We will be judged by history on how we act in the next few years.” May also announced a commitment to put climate goals at the heart of UK international development spending and urged world leaders to match Britain’s commitment to net zero carbon emissions by 2050.[6]

The final declaration[2] also mentioned, to pave the way toward an inclusive and sustainable world, as envisioned in the 2030 Agenda for Sustainable Development. The declaration highlights the important work of the International Panel on Climate Change (IPCC) and Intergovernmental Science-policy Platform on Biodiversity and Ecosystem Sources (IPBES), and notes in particular:

In the light of recent extreme weather events and disasters, we recognize the urgent need for addressing complex and pressing global issues and challenges, including climate change, resource efficiency, air, land, fresh water and marine pollution, including marine plastic litter, biodiversity loss, sustainable consumption and production, urban environmental quality and other environmental issues, and for promoting and leading energy transitions, with the best available science, while promoting sustainable growth.

A paradigm shift is needed where the virtuous cycle of environment and growth is accelerated through innovations, and with business communities playing an important role, in synergy with the public sector.

In following the sections on climate change, energy, and the environment. Trump would only sign the declaration after adding a special clause.

To this end, we strive to foster inclusive finance for sustainable development, including public and private financing mobilization and alignment between them, as well as innovation in a wide range of areas for low emissions and resilient development. Climate actions at all levels with broad participation, including by nonstate actors, will be the key to realizing such a paradigm shift.

In further enhancing this effort, as appropriate to each country’s circumstances, we will look into a wide range of clean technologies and approaches, including smart cities, ecosystem and community based approaches, nature based solutions and traditional and indigenous knowledge.

We need to enhance efforts to support actions and cooperation in adaptation and disaster risk reduction, in particular, for the most vulnerable communities, and to elaborate further and foster coherence between mitigation action, adaptation measures, environmental protection, and resilient infrastructure.

We note the successful adoption of the implementation guidelines for the Paris Agreement and the completion of the stocktaking of the Talanoa Dialogue at the United Nations Framework Convention on Climate Change Conference of Parties (UNFCCC COP) 24 and the outcomes of the meeting of G20 energy and environment ministers in Karuizawa, subsequent to the successful G20 Buenos Aires Summit.

We are determined to make best use of this momentum, and thus look forward to a successful Climate Action Summit of the UN Secretary-General and concrete outcomes at UNFCCC COP 25 in Santiago, Chile. Signatories to the Paris Agreement who confirmed at Buenos Aires its irreversibility and are determined to implement it, reaffirm their commitment to its full implementation, reflecting common but differentiated responsibilities and respective capabilities, in the light of different national circumstances.

By 2020 we aim to communicate, update or maintain our NDCs, taking into account that further global efforts are needed. We emphasize the importance of providing financial resources to assist developing countries with respect to both mitigation and adaptation in accordance with the Paris Agreement.

The United States reiterates its decision to withdraw from the Paris Agreement because it disadvantages American workers and taxpayers. The U.S. reaffirms its strong commitment to promoting economic growth, energy security and access, and environmental protection. The U.S.’s balanced approach to energy and environment allows for the delivery of affordable, reliable, and secure energy to all its citizens while utilizing all energy sources and technologies, including clean and advanced fossil fuels and technologies, renewables, and civil nuclear power, while also reducing emissions and promoting economic growth. The United States is a world leader in reducing emissions. U.S. energy-related CO2 emissions fell by 14% between 2005 and 2017 even as its economy grew by 19.4% largely due to the development and deployment of innovative energy technologies. The United States remains committed to the development and deployment of advanced technologies to continue to reduce emissions and provide for a cleaner environment.

We acknowledge the importance of energy transitions that realize the “3E+S” (Energy Security, Economic Efficiency, and Environment + Safety) in order to transform our energy systems into affordable, reliable, sustainable and low GHG emissions systems as soon as possible, recognizing that there are different possible national paths to achieve this goal.

Recalling the G20 Ministerial Meeting on Energy Transitions and Global Environment for Sustainable Growth Communique, we acknowledge the role of all energy sources and technologies in the energy mix and different possible national paths to achieve cleaner energy systems.

We also recognize opportunities offered by further development of innovative, clean and efficient technologies for energy transitions, including hydrogen as well as, depending on national circumstances, the Carbon Capture, Utilization and Storage (CCUS) taking note of work on “Carbon Recycling” and “Emissions to Value”.

We acknowledge the G20 Japanese Presidency’s initiative called Research and Development 20 for clean energy technologies (“RD20”). In light of recent events highlighting concern about safe flow of energy, we acknowledge the importance of global energy security as one of the guiding principles for the transformation of energy systems, including resilience, safety and development of infrastructure and undisrupted flow of energy from various sources, suppliers, and routes.

We recognize the value of international cooperation on a wide range of energy-related issues including energy access, affordability and energy efficiency, and energy storage. We reaffirm our joint commitment on medium term rationalization and phasing-out of Inefficient Fossil Fuel Subsidies that encourage wasteful consumption, while providing targeted support for the poorest.

We recognize that improving resource efficiency through policies and approaches, such as circular economy, sustainable materials management, the 3Rs(reduce, reuse, recycle) and waste to value, contributes to the SDGs, as well as to addressing a wide range of environmental challenges, enhancing competitiveness and economic growth, managing resources sustainably, and creating jobs.

We encourage work with the private sector towards innovation in the cooling sector. We will also work with stakeholders in order to increase the demand for recycled products. We look forward to the development of a roadmap of the G20 Resource Efficiency Dialogue under the Japanese Presidency.

We reiterate that measures to address marine litter, especially marine plastic litter and microplastics, need to be taken nationally and internationally by all countries in partnership with relevant stakeholders. In this regard, we are determined to swiftly take appropriate national actions for the prevention and significant reduction of discharges of plastic litter and microplastics to the oceans.

Furthermore, looking ahead beyond those initiatives and existing actions by each member, we share, and call on other members of the international community to also share, as a common global vision, the “Osaka Blue Ocean Vision” that we aim to reduce additional pollution by marine plastic litter to zero by 2050 through a comprehensive life-cycle approach that includes reducing the discharge of mismanaged plastic litter by improved waste management and innovative solutions while recognizing the important role of plastics for society.

We also endorse the G20 Implementation Framework for Actions on Marine Plastic Litter.

As illegal, unreported, and unregulated (IUU) fishing remains in many parts of the world a serious threat to the sustainability of the ocean, we recognize the importance of addressing IUU fishing for ensuring the sustainable use of marine resources and conserving the marine environment including biodiversity, and reaffirm our commitment to end IUU fishing