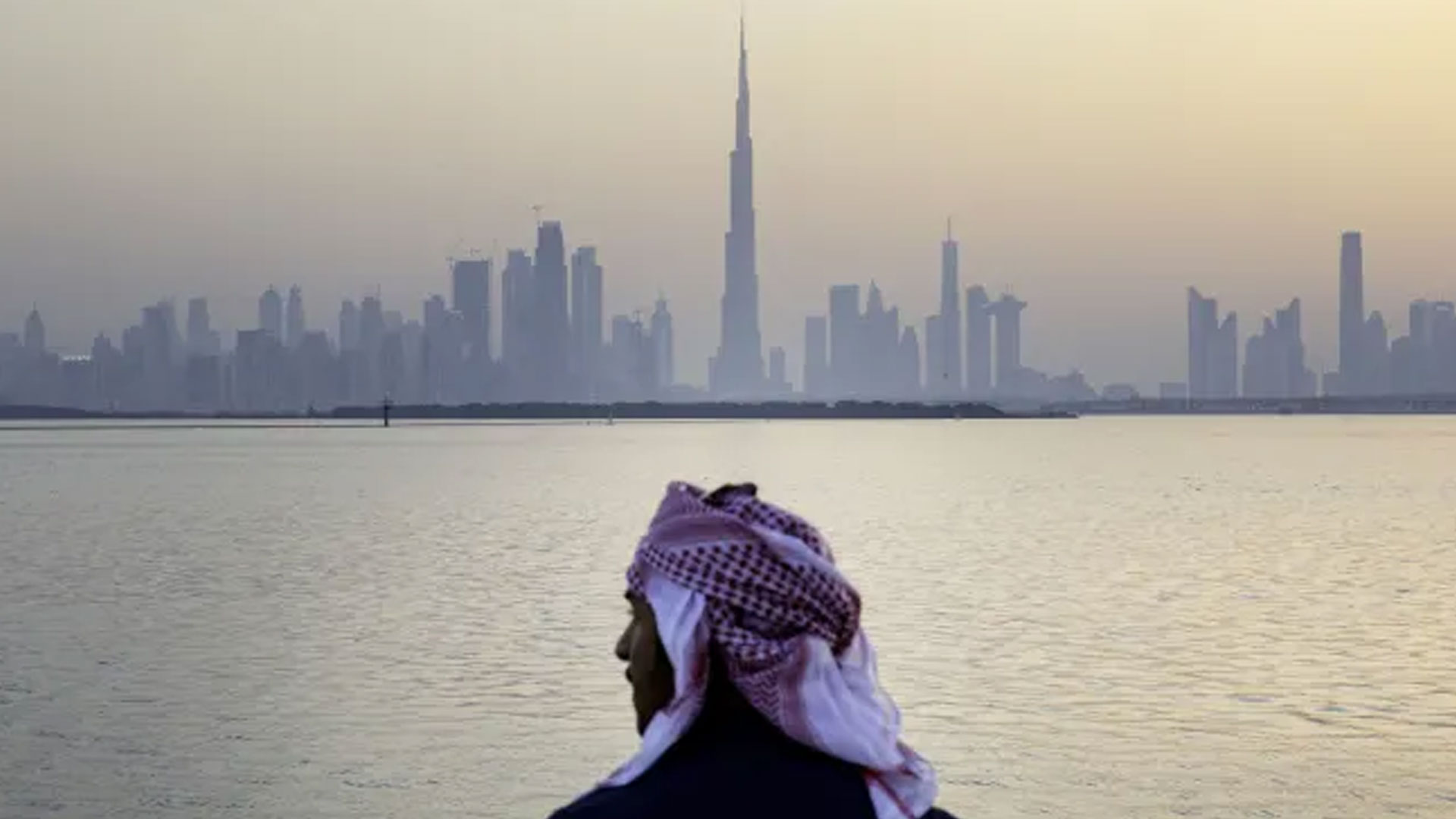 The Climate Wars: Saudi Web servers were among the first used to post the stolen materials, and Saudi Arabia was the first country to call for an investigation of climate scientists in what came to be known as climategate, leading some to suggest that Saudi Arabia – the world’s single largest exporter of oil – may have played a role. In any case, the lead Saudi climate change negotiator, Mohammad Al-Sabban, was quick to use the manufactured scandal to help block progress at the Copenhagen Summit in 2009.[1]

October 2018, Saudi Arabia threatens to block key UN climate report. The International Institute for Sustainable Development (IISD) published a summary of that IPCC meeting, it gives a unique insight into the ways that the Saudis (and others) tried to influence the wording of the final Summary for Policy Makers (SPM), search the report for the word Saudi.

“We are very concerned that a single country is threatening to hold up adoption of the IPCC Special Report if scientific findings are not changed or deleted according to its demands,” said an informed observer who asked not to be named.[3]

However, the current U.S. administration, and Russia helped Saudi Arabia, undermining the UN report’s findings that “unprecedented” action is required to keep warming to 1.5 degrees Celsius and stave off worldwide hardship.[5]

While the current head of Saudi Arabia’s IPCC delegation Ayman Shasly, (Ministry of Petroleum and Mineral Resources of Saudi Arabia, and board member of the Green Climate Fund) touts intentions to move away from fossil fuels, and ambitious clean energy projects, he also makes clear that it is a process envisioned by his country to take many more decades – would require the luxury of time we don’t really have.

The Green Climate Fund (GCF) plays an important role within the dynamics of the UN climate negotiations and Paris Agreement as it decides upon where large tranches of the donated climate finance is spent. CarbonBrief mapped GCF’s spending on this world map.

A possible conflict of interest is that the Saudi Arabia IPCC delegation has ties to big oil, Ayman Shasly worked for Saudi Aramco in the past, as well as delegate Hamid Al Sadoon a former policy analyst, and Mona H. Al-Attas worked 21 years for the oil company. Khalid Abuleif, also connected to the company, is the kingdom’s chief climate negotiator since 2012, had a role with the IPCC sine 1990. Saudi Aramco, according to a Bloomberg report, is the most profitable company in the world.

However, all this is no secret, well known by people involved and who take notes. But as pointed out there is a conflict of interest plus continued actions over the years to undermine the world’s community efforts in tackling climate change, which since has reached a boiling crisis level in light of ever more extreme weather disruptions around the world.

Oil kingdom has history of stalling climate action for 30 years

In November 1995, Ben Santer and other IPCC authors had to persuade the 100 representatives from nations around the world, all gathered in the Palacio de Congresos Madrid, that “the balance of evidence suggests that there is a discernible human influence on global climate.” However, the most vocal opponent was Mohammad Al-Sabban, a Saudi petroleum ministry official.

Santer recalls, Mr. Al-Sabban, he admonished me and told me that my job was to serve the governments of the world, not to have an independent opinion,” Santer, who is now at Lawrence Livermore National Laboratory, told E&E News. “And I disagreed, and again told him in front of the governments of the world that my job was to get the science right.”

“They’ve played a game that’s been very consistent over a long period of time,” said Bill Hare, CEO of Climate Analytics, who has participated in U.N. climate negotiations from their inception in the late 1980s. “The essential, simple game plan that they always play is just to run the clock down and then reap the harvest of that.”

The delegation of the oil-rich nation was concerned about the certainty of science on humans’ influence on the climate. The chapter couldn’t move forward until they were addressed — whenever that would be. But the Saudis overplayed their hand. Delegates that had raised similar objections earlier in the week had changed their minds. Faced with a footnote showing that they were alone in opposing the finding, the Saudis gave in.

However, in 1996 the lobby group known as Global Climate Coalition started a campaign, claiming all scientific uncertainties had been purged from the IPCC Chapter 8. report, even though that chapter contained about 20% content dedicated to the sciences of uncertainties. Additional, well known climate deniers begun questioning the research from Santer’s, focusing on the human influence on our climate.[2]

Fast forward, in November 2009 – a month before the Copenhagen Summit, servers at the University of East Anglia in Britain were hacked, emails were stolen, and Mohammad Al-Sabban was quick to announce:

The e-mails would have a “huge impact” on the climate talk negotiations, he predicted, and he went on to make the jaw-dropping claim that “it appears from the details of the scandal that there is no relationship whatsoever between human activities and climate change.”[1]

– December 2009: Negotiator Mohammad Al-Sabban is accused of undermining scientific evidence base for a UN deal in Copenhagen
– April 2013: Saudi Arabia calls for climate change to be omitted from the UN’s 2015 Sustainable Development Goals.
– April 2015: Negotiations to cut the use of HFCs, Saudi Arabia refuses to begin discussions: ‘We will never agree in one year, five years, or 100 years’ says Taha Zatari, head of delegation.
– May 2015: Ali Al-Naimi, the country’s oil minister, says idea of ending reliance on fossil fuels needs to be put ‘in the back of our heads for a while’
– In June 2015 country takes lead blocking reference to a UN report about the need to stabilise temperatures to below 1.5C

In June 2019, the Saudi Arabia delegation again doubled down their efforts, fought to undermine the findings of the global scientific community. But this time it appears they have succeeded with excluding the IPCC’s findings at future UN climate negotiations entirely.

Discussions came to a deadlock at the climate talks in Bonn, Germany in the middle of a heatwave, after a small group of countries refused to engage in substantive discussions over how the report’s findings could be used to inform policies on increasing the pace and scale of decarbonisation.

Following pressure from a group of large oil and gas producers led by Saudi Arabia, a previous version of the text aimed to cast doubt on the report’s scientific grounding. It stressed the “risks and uncertainties” of the report’s methodology and raised concerns that “the scientific knowledge gap” would “hamper the ability to inform decision making at national, regional and international levels.”

Gebru Jember Endalew of Ethiopia, lead negotiator for the group of least developed countries, told Climate Home that this previous version of the text was “unacceptable” because it “questioned and revisited the science. We can’t negotiate science,” he said. “This is not our mandate.”

The report by the Intergovernmental Panel on Climate Change (IPCC) lays out the differences between 1.5C and 2C of warming – a matter of survival for many vulnerable countries including small island states which pushed for the findings to lead to more ambitious carbon-cutting policies.

While this story is unlikely to end here, one thing seems more likely, that delaying and now with excluding the sciences will bring a pyrrhic victory.

According to the ancient historian Plutarch, the warrior king was quoted as muttering, “If we are victorious in one more battle with the Romans, we shall be utterly ruined.”

If we take a look at Saudi Arabia’s actions to actually do something to reduce dangerous levels of carbon pollution, they are considered ‘critically insufficient’.[4]

Commitments of Saudi Arabia fall well outside the fair share range and are not at all consistent with holding warming to below 2°C let alone with the Paris Agreement’s stronger 1.5°C limit. If all government targets were in this range, warming would exceed 4°C.[4]

Saudi Arabia, the world’s largest oil producer, is expected to double its greenhouse gas emissions by 2030 compared to 2014 levels.[6]

In June 2017, Sweihan, Abu Dhabi reached a record high of 50.4°C. In Dubai, authorities warned drivers not to leave aerosols in their vehicles after several cars caught fire in the extreme heat.[7]

The region has been subject to an almost continuous drought since 1998, according to NASA, which says the current dry period is the worst for 900 years. The World Bank, which is spending $1.5 billion to fight climate change in the region, estimates that 80-100 million people will be exposed to water stress by 2025.

By 2050, temperatures in the MENA will be 4°C higher, according to Germany’s Max Planck Institute. By the end of the century, daytime highs could reach 50°C, with 200 days of exceptional heat every year. And without urgent action to curb global emissions, according to research, cities in the region may become uninhabitable before 2100.[7]

Nature: US, India and Saudi Arabia are the three countries with the most to lose from climate change

Exclusive: “Climategate” Email Hacking was Carried out from Russia, in Effort to Undermine Action on Global Warming