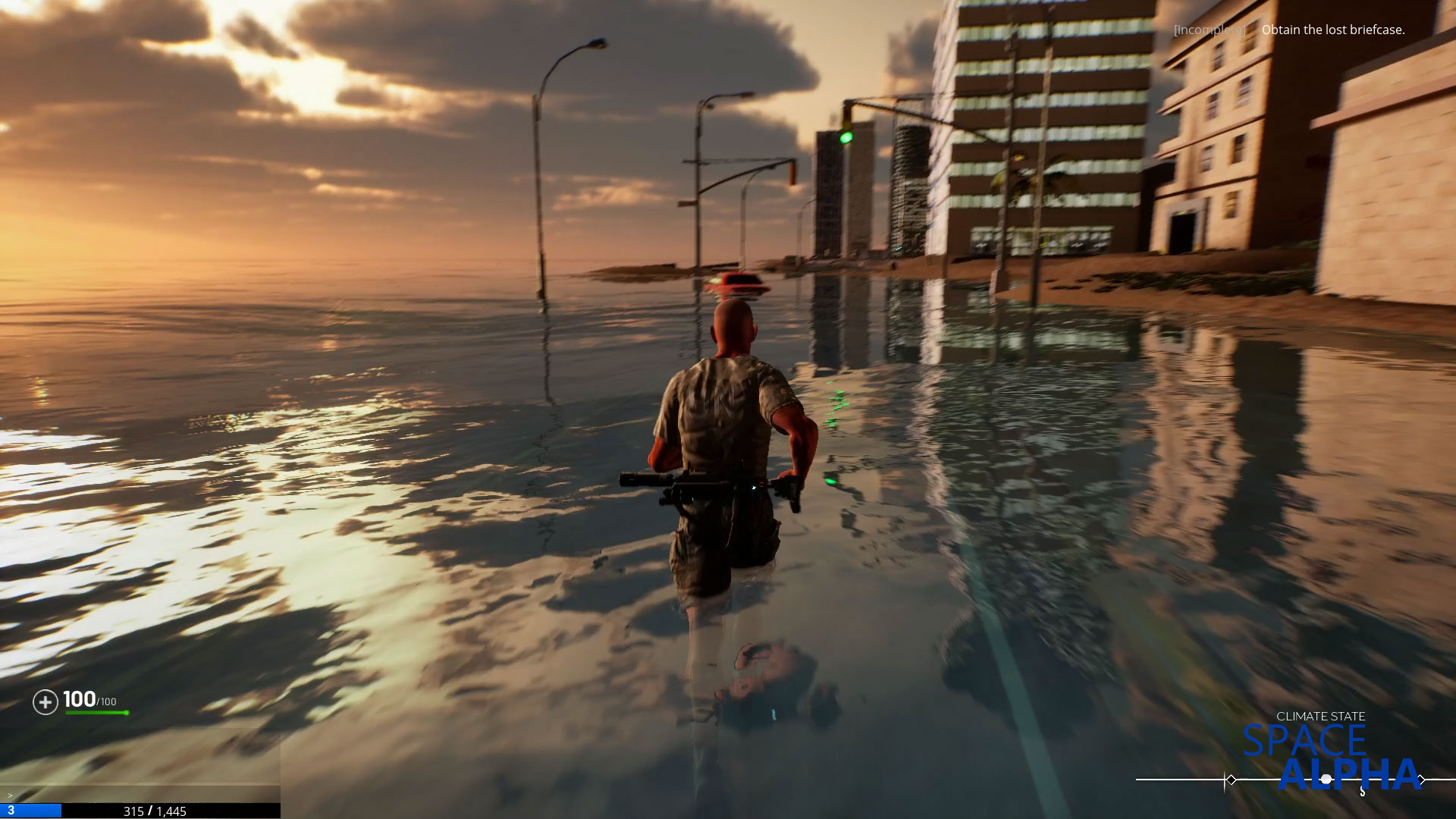 The Climate State team has been busy developing a game. Space Alpha (CS: Space Alpha), is an action role-playing game, set in the current time, and progresses from there onwards. The role of the player is to explore, adventure, research, or to fight in a world disrupted by climate change.

We just published our first test build and now look forward to game play testers. If you want to help us test the game follow us on twitter and or YouTube, we will randomly invite people in the days and weeks ahead to the test build 1 client. Our Patreon supporters will also be invited.

The first playable version consist of a level themed with Florida Miami flooded by rising tides. We look for people to help us identify software bugs, and for general feedback. In a second phase we will publish the game in early access on Steam, and possibly later on other game platforms too.