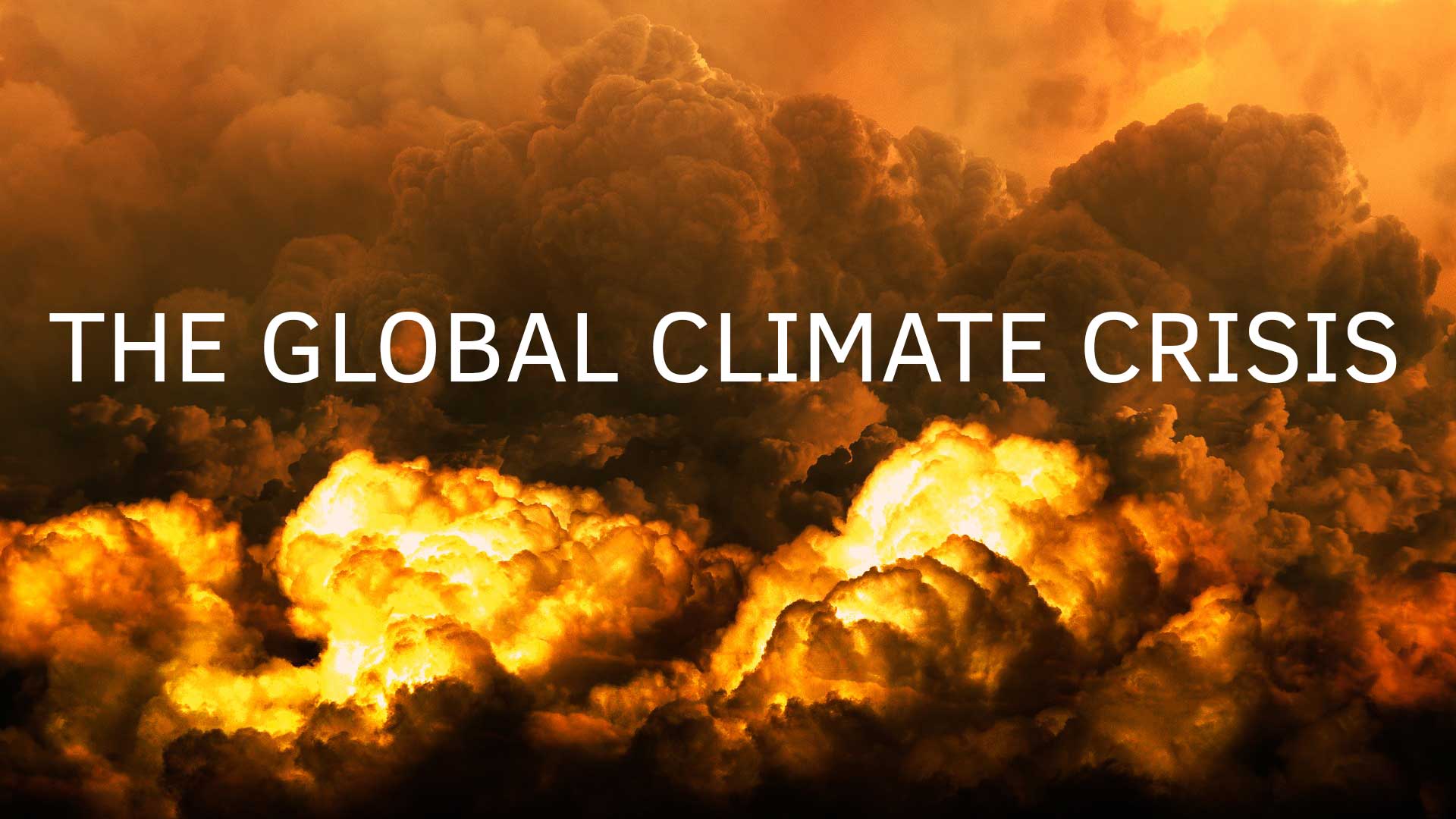 An oil war is a conflict about petroleum resources, or their transportation, consumption, or regulation. The term may also refer generally to any conflict in a region that contains oil reserves or is geographically positioned in a location where an entity has or may wish to develop production or transportation infrastructure for petroleum products.

Historically, wars had been fought for economic gains. With the start of the Industrial Revolution around the 18th century, new machines and inventions brought unseen wealth and growth to many nations, and resulted in the modern origin for environmental awareness and brought regulations in light of extreme industrial caused pollution. However, population growth also went to unseen levels.

With the continued usage of fossil fuels and governments encouraging the use through additional incentives/subsidies the economic growth continued as well the rise of carbon dioxide in the atmosphere, the driving force of global warming.

Energy subsidies are measures that keep prices for consumers below market levels or for producers above market levels, or reduce costs for consumers and producers. Energy subsidies may be direct cash transfers to producers, consumers, or related bodies, as well as indirect support mechanisms, such as tax exemptions and rebates, price controls, trade restrictions, and limits on market access. They may also include energy conservation subsidies. The development of today’s major modern energy industries have all relied on substantial subsidy support. The elimination of energy subsidies is widely seen as one of the most effective ways of reducing global carbon emissions.

CarbonBrief: Based on 2015 data, 76 countries which together account for 94% of global CO2 emissions, their fossil fuel subsidies amounted to at least $373bn globally.

Why are we still subsidizing the root cause of global warming to the tune of billions each year?

Because our society system is designed for fossil fuels, based on it, and people who gain from it only learned to keep this system running. Consumers naturally create a demand when they use gasoline, or when they power their homes with energy generated from burning coal or gas.

People’s lifestyles, their consumption of resources, and what kind of energy infrastructure they use determines their carbon footprint, and the amount of future atmospheric carbon dioxide levels, modulates the amount of climate disruption. With more people living on Earth and in light of the climate emergency people, businesses and governments have a duty to act on behalf of our children, otherwise we may threaten to destroy our great civilization.

Why we should not go to War over Oil

As mentioned above nations have a history to go to war for economic gains, or specifically over oil resources, more recent examples include:

With the current Venezuela Crisis, and the fact that this country is home to the largest proven oil reserve in the world one must ask what the future holds for this resource. A rational and moral argument would be to pay the Venezuela government a fee to not develop this resource. In order to use this money to develop modern energy generation and infrastructure. However so far there are no indications that either the Venezuela government or any other entity plans to leave it in the ground.

Bill McKibben (2015) How much of the world’s fossil fuel can we burn? Limiting global warming to the agreed global target of 2C means staying within a ‘carbon budget’ of 565 GT (gigatonnes or billion tonnes). That is a fifth of the 2,795 GT that would be released if all the world’s proven oil, coal and gas reserves were burned. Therefore four-fifths of the fossil fuel must stay in the ground.

EOS (April 2019) In a new study, Nisbet et al. looked at air samples from around the globe and found that the growth rate of methane sped up yet again in 2014, leading to a total of 1,850 ppb in the air by 2018 and increasing quickly. That’s more than double preindustrial levels—and a much faster increase than scientists anticipated.

The New York Times (December 2018) Greenhouse Gas Emissions Accelerate Like a ‘Speeding Freight Train’ in 2018. Greenhouse gas emissions worldwide are growing at an accelerating pace this year, researchers said Wednesday, putting the world on track to face some of the most severe consequences of global warming sooner than expected.

CTV News (May 2019) Permafrost melting faster than thought, study finds. Permafrost in some areas of the Canadian Arctic is melting so fast that it’s gulping up the equipment left there to study it. “The ground thaws and swallows it,” said Merritt Turetsky, a University of Guelph biologist whose new research warns the rapid melt could dramatically increase the amount of greenhouse gases released from ancient plants and animals frozen within the tundra. “We’ve put cameras in the ground, we’ve put temperature equipment in the ground, and it gets flooded. It often happens so fast we can’t get out there and rescue it. Permafrost collapse is accelerating carbon release “We’ve lost dozens of field sites. We were collecting data on a forest and all of a sudden it’s a lake.”

A warmer atmosphere earlier than we have thought until now, a warmer atmosphere can hold more water, increasing rain or drought potentials, leading to disruptions like this ongoing situation in Canada, With Quebec dam at risk of failing, evacuation ordered, we’re entering an unknown zone,’ says Hydro-Québec official, with more rain on the way.

There are many more extreme examples on any given day, globally. This also entails negative effects to food productions, already we have news of countries declaring a state of emergency, or have to resort to imports due to crop failures caused by drought, Russia (2010), Germany (2018 & 2019), USA, EU, Australia 2018.

Because the situation likely will get worse as climate change progresses, it is critical for everybody to prepare with more climate resilience, to have good relationships with other nations, and work to lessen the global felt impacts.

MarketWatch (2018) Climate change has cost the government $350 billion – Without substantial and sustained global mitigation and regional adaptation efforts, climate change is expected to cause growing losses to American infrastructure and property and impede the rate of economic growth over this century.

BBC (May 2019) UK Parliament declares climate change emergency – We pledge to work as closely as possible with countries that are serious about ending the climate catastrophe and make clear to US President Donald Trump that he cannot ignore international agreements and action on the climate crisis.