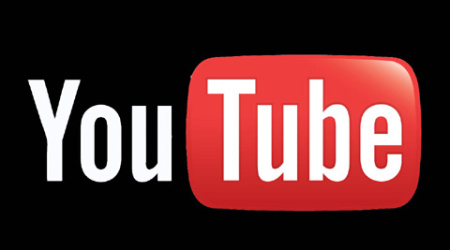 A new Car, tire, construction, insurance, or the latest action movie trailer are among common advertisements, among many more, when during prime time television news hours, the local anchor explains ongoing weather situations, the government announces the latest advisory, or people watch the related footage. This was true for YouTube videos too, until recently.

Around January 2017, we trace a YouTube action, beginning to terminate probably hundreds of thousands of YouTube channel’s. Likely based on video flagging (Video content reported by YouTube users). Some may remember that our main YouTube channel got terminated too, for the period of about a week or so, then suddenly revived without a word, and then last month our other channel got terminated (still disabled), YouTube’s automatic response system informed us that the reason was spam, scams, or deceptive content. Wow, too much AI, or …. ?

Those who follow climate science reporting, and all the surrounding issues, are aware that climate deniers have a history of reporting videos, for example filing DMCA take downs. More subtle in the past were copyright claims coming from public gamil accounts, about which i wrote on occasions, and probably flagging of videos.

Now, last week after a Wall Street Journal article, about ads placed at extremism videos (videos about violence, extremism speeches, terror and so on), YouTube advertisers left. For a more detailed explanation of this issue watch below video

In response YouTube once again decided to use their automated system to prevent such ad placements, i.e. rolling out more artificial intelligence (SIC).

As Bloomberg and others report today, Google Updates Ads Policies Again, Ramps Up AI to Curtail YouTube Crisis – Business Chief Schindler says Google has flagged five times as many videos as too offensive for ads in recent weeks.

While this sounds great in theory, to prevent for example content with hate speech and such from monetising on ads, it appears that these actions, which reportedly also targeted famous YouTubers (Vloggers), possibly just based on keyword recognition, with many others also affected. The general new procedure seems to demonetize content, however recent videos carefully crafted around ongoing extreme weather events around the world, while still monetized, do not get any monetization either, it seems.

For example a video containing footage and emergency warnings from Australia, same for all the other video with weather footage.

Does this mean that based on the recent discussion about hate speech, that video content about extreme weather events is now too, no longer considered advertiser friendly? What’s next, climate science in general, because of keywords like, ie. warning, population, extinction, flash flood, security and so on?

YouTube should be able to hire smart people, who understand flagging and data analyzing, also to efficiently detect fake-wrong content flagging, not resort to actions which do not work as intended, and a platform which can properly communicate changes, and how to avoid interferences.

Update (April 4th)
It appears that YouTube changed the way they enable advertisements, entirely. Now, in order to get advertisement, advertisers need to be willing to pay for your content. Thus, explicitly enabling them for your channel or particular video. While this still needs a confirmation, only read about it on their forums, this might as well be a temporarily action, until their algorithms have been improved to auto evaluate content.

This would mean a fundamental change, affecting all YouTubers, and likely would result in a few channels emerging, who receive ads. This would also mean less content in the future, because many lose their business model, and a trend to more mainstream content, tailored with the scope on entertainment.

[…] Recently our YouTube channel with over 12.000 followers (among the largest single climate focused climate science related channels, the largest if you count both of our channels, over 19k), received kind of an opaque penalty, no more monetisation from reporting extreme weather. […]