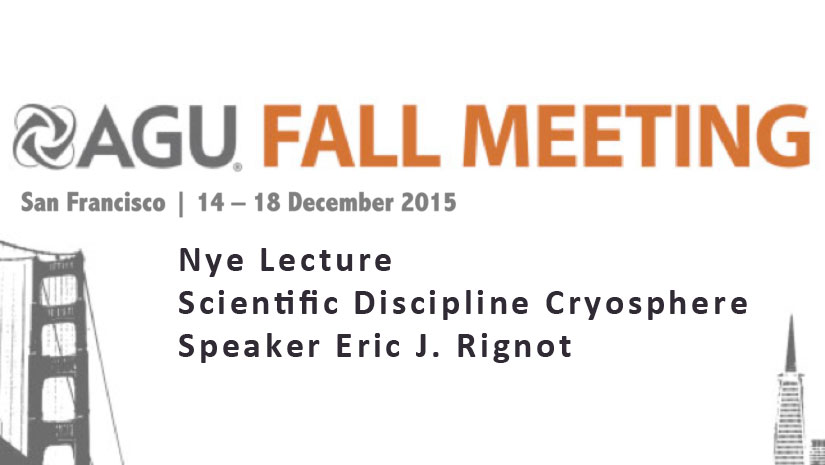 Abstract Modern views of ice sheets provided by satellites, airborne surveys, in situ data and paleoclimate records while transformative of glaciology have not fundamentally changed concerns about ice sheet stability and collapse that emerged in the 1970’s. Motivated by the desire to learn more about ice sheets using new technologies, we stumbled on an unexplored field of science and witnessed surprising changes before realizing that most were coming too fast, soon and large. Ice sheets are integrant part of the Earth system; they interact vigorously with the atmosphere and the oceans, yet most of this interaction is not part of current global climate models. Since we have never witnessed the collapse of a marine ice sheet, observations and exploration remain critical sentinels. At present, these observations suggest that Antarctica and Greenland have been launched into a path of multi-meter sea level rise caused by rapid climate warming.

While the current loss of ice sheet mass to the ocean remains a trickle, every mm of sea level change will take centuries of climate reversal to get back, several major marine-terminating sectors have been pushed out of equilibrium, and ice shelves are irremediably being lost. As glaciers retreat from their salty, warm, oceanic margins, they will melt away and retreat slower, but concerns remain about sea level change from vastly marine-based sectors: 2-m sea level equivalent in Greenland and 23-m in Antarctica. Significant changes affect 2/4 marine-based sectors in Greenland – Jakobshavn Isbræ. and the northeast stream – with Petermann Glacier not far behind.

Major changes have affected the Amundsen Sea sector of West Antarctica since the 1980s. Smaller yet significant changes affect the marine-based Wilkes Land sector of East Antarctica, a reminder that not all marine-based ice is in West Antarctica. Major advances in reducing uncertainties in sea level projections will require massive, interdisciplinary efforts that are not currently in place but are getting there. Projection scenarios are overwhelmingly conservative, pushed up by observations, awaiting more detailed knowledge of ocean circulation, winds, ice-ocean interaction, and mechanics of rapid ice fracture, not to mention the mere definition of static boundaries (ice thickness and sea floor bathymetry).