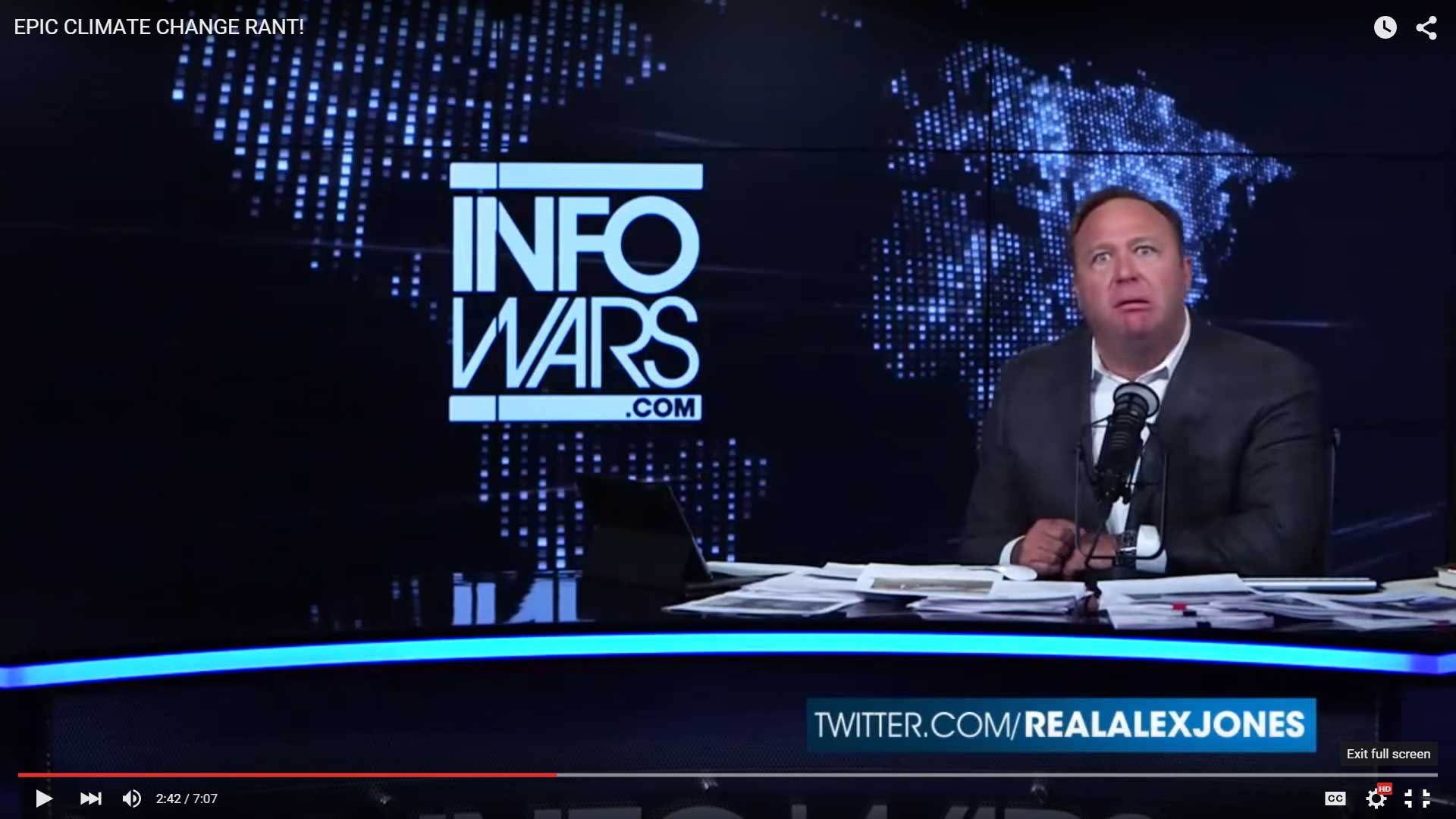 Alex Jones, i first posted about him back in 2011, when he hosted Monckton. Apparently over the years it became clear that he is just echoing talking points from the Koch Brothers denial machine.
Earlier this year the blogger Timothy Fitzpatrick summarized Jones views in regards to the views of the Koch Brothers

Koch and Jones’ political views line up perfectly
Here’s some perspective on the similarities between what Alex Jones preaches daily through his media empire and the Koch Brothers’ agenda:

Thus, Jones disguised as a fighter for freedom, the only real truth and against injustice, is in fact only the mouthpiece of the far right, including orchestrated climate change denial. Hence why he deserves a mention here.

Meanwhile a study published in Nature Climate Change, for the first time identified all the networks, groups and identities which drive climate change denial in the U.S. Since i do not have access to the study it would be interesting to know the ties of Mr Jones, to expose his lies further.

In below video Jones aka a crazy eyed lunatic preacher rumbles about the current climate change conference in Paris.

The AntiCoIntelPro Show Responds To Alex Jones Of Infowars Assertions About The John Birch Society https://www.youtube.com/watch?v=iK7Q8E1FGyo

Alex Jones: Everyone Should Join the John Birch Society https://www.youtube.com/watch?v=LxJ_ngHcT7I