Why is Antarctic sea ice expanding? 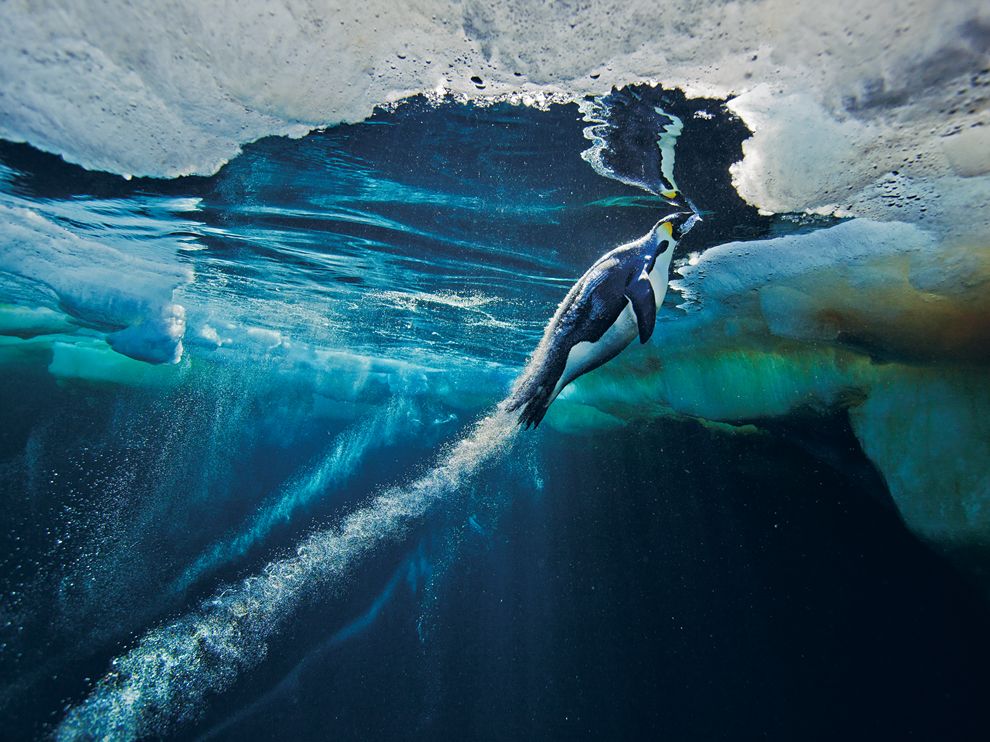 By Laura Naranjo (NSIDC), first published January 31, 2014. In the following  an edited version, reposted here with permission.
Antarctic sea ice is ruled by very different systems than Arctic sea ice. The reasons behind this increase are complex, and several recent studies show that scientists are still trying to understand them.

Sea ice floes bump into each other while floating on the ocean surface. The collisions form pressure ridges like the ones in this photograph. Credit: Eli Duke

This oscillation varies on a decadal basis, alternating between negative and positive phases. Over the past few decades, it has shifted to more positive phases. “Positive phases are associated with a strengthening of the circumpolar vortex and intensification of the westerly winds,” said Jinlun Zhang, senior oceanographer at the University of Washington Polar Science Center.

More intense winds have been whipping the Antarctic continent and battering the sea ice.

“Ice floes converge in an area and cause an ice pile up, particularly along coastal areas,” Zhang said. More forceful collisions cause the ice to pile up along the floe edges, creating pressure ridges and producing thicker ice.

Researcher Xichen Li and his colleagues looked at the Atlantic Multidecadal Oscillation, a large-scale pattern in North Atlantic sea surface temperature that shifts between cool and warm phases. Similar to El Niño and La Niña, this oscillation affects temperature and rainfall worldwide, and now scientists think it is impacting Antarctic climate.

The North Atlantic is warming and staying warm, setting up far-reaching atmospheric patterns that affect the Antarctic Oscillation. In combination with the year-to-year influences from El Niño and La Niña, this pattern tends to intensify the westerly winds around Antarctica. It could also help explain regional differences around Antarctica: sea ice is increasing in some areas, while decreasing in others.

This data image shows the fractional ice coverage per decade, calculated for the period 1979–2012. The bold lines enclose areas where the change is statistically significant at the 5 percent level. The positive phase of the southern hemisphere polar vortex can affect sea ice volume and extent, but recent studies also suggest that the changes in ice cover and winds may also be caused by increased temperatures in the tropical and north Atlantic Ocean.
Credit: J. King, 2014, Nature; data is from the National Snow and Ice Data Center, Boulder, Colorado; image is from the British Antarctic Survey

Additional culprits are the rising atmosphere and ocean temperatures around Antarctica. But how does warmer air and water create more sea ice? Overall warming alters the ocean heat flux, or the heat exchange between ocean, sea ice, and atmosphere, which typically regulates sea ice production.
As deep ocean temperatures around Antarctic rise, they increase ice shelf melt, according to a study led by Richard Bintanja.

This meltwater is creating a cool layer near the surface of the ocean that promotes sea ice production. In addition, the meltwater is fresh, or much less salty and dense than surrounding saline ocean layers. So fresher meltwater floats upward, mixing with the cold surface layer, lowering its density. As this fresh layer expands, it forms a stable puddle on top of the ocean that makes it easier to produce and retain sea ice.

This growing fresh puddle changes the ocean heat flux. Zhang also studied this change, and his models showed that warming would increase sea ice, up to a point.

“If the current warming continues, the increase in ice may continue for some time,” Zhang said. But, the increase will likely not continue indefinitely.

“If the warming gets stronger, there will come a point when ice growth is smaller than the ocean heat flux available to melt ice,” he said. Under those conditions, sea ice extent and volume will begin to decrease.

National Oceanic and Atmospheric Administration. How unusual were the Antarctic sea ice conditions that trapped a research ship on Christmas Eve 2013? Accessed January 23, 2014.

Methane levels are growing dangerously fast
February 15, 2022
Subscribe
0 Comments
Inline Feedbacks
View all comments
Go to Top
wpDiscuz
0
0
Would love your thoughts, please comment.x
()
x
| Reply
Cookie Consent
To provide the best experiences, we use technologies like cookies to store and/or access device information. Consenting to these technologies will allow us to process data such as browsing behavior or unique IDs on this site. Not consenting or withdrawing consent, may adversely affect certain features and functions. Learn more about the data usage on this website.
Manage options Manage services Manage vendors Read more about these purposes
View preferences
{title} {title} {title}
Loading Comments...