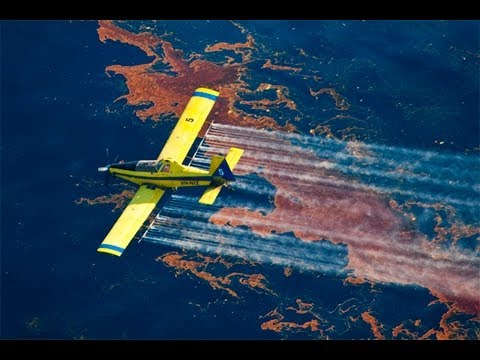 When petroleum giant BP spilled millions of litres of crude oil into the Gulf of Mexico three years ago, it was the worst ever offshore oil disaster.

To try and break up that massive slick, vast quantities of chemical dispersant was sprayed on the spill. It seemed to work: the oil disappeared. But people started getting sick and then people started dying.

Now, this environmental disaster has become a health catastrophe. The dispersant, when mixed with the oil, increases in toxicity by 52 times. This sickly, invisible toxin, still lurks in the water and absorbs straight into peoples’ skin.

In this special 60 Minutes investigation, we reveal the same chemical dispersants have been sprayed on the Great Barrier Reef and off the north west coast of Australia.

They’re still approved for use and our authorities are clueless as to how deadly they are.