Playing God with the Climate II 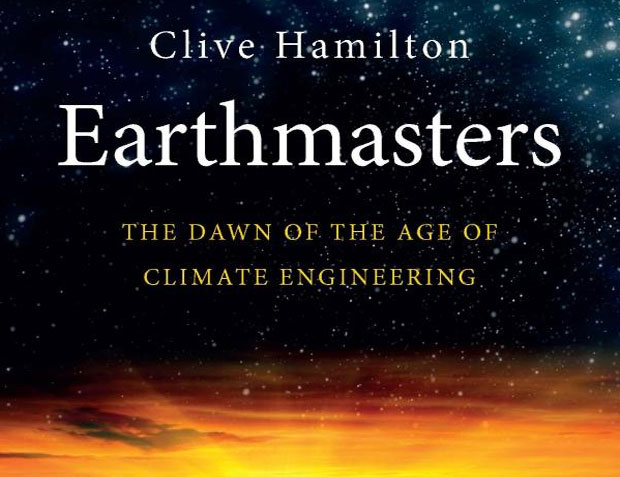 Geoengineering may be defined as deliberate, large-scale intervention in the climate system designed to counter global warming or offset some of its effects. More than 40 schemes have been put forward, with some the subject of intensive research.

They are usually divided into two types: methods to remove carbon dioxide from the atmosphere – such as by capturing it from the air, making biochar and adding lime to the oceans – and solar radiation management technologies aimed at increasing the Earth’s reflectivity. Methods include painting roofs white, putting mirrors in space and brightening marine clouds.

When we dig up and burn fossil carbon we make use of its trapped energy; but the carbon atoms do not disappear. So where do they go? First they go into the atmosphere. Some is then soaked up by vegetation. Some sooner or later ends up in the various layers of the oceans. The deep ocean has the capacity to absorb large amounts of carbon dioxide from the atmosphere, and it would help if we could get more carbon down there and hope that it stays.

But how do we get carbon to the deep ocean? The answer lies in what is known as the biological pump. Tiny marine plants known as phytoplankton grow by combining carbon dioxide, various minerals and sunlight to multiply into blooms. On death, gravity causes the plankton to sink, taking its carbon to the deeps.

The effectiveness of the biological pump depends on the suitability of conditions for marine life, including the availability of micronutrients, especially iron. If a shortage of iron is limiting plankton growth in an area of ocean then perhaps the artificial addition of the missing ingredient can stimulate algal blooms.

Fertilising some areas of ocean with iron slurry does indeed induce algal blooms. But it turns out that much of the carbon fixed in the phytoplankton does not find its way to the ocean floor but circulates in the surface waters, feeding the food chain, before being emitted as carbon dioxide back into the atmosphere.

And while iron fertilisation stimulates biological productivity in one area, nutrient stealing can see it fall in others. As one expert said: ‘you might make some of the ocean greener by iron enrichment, but you’re going to make a lot of the ocean bluer’. It’s been estimated that a massive fertilisation effort over 100 years could absorb perhaps three per cent of cumulative emissions from burning fossil fuels over the same period.

In the meantime, ocean acidification and temperatures would reach a level at which algal populations would be severely reduced. This is one reason why climate engineering without emission cuts would be disastrous.

The form of geoengineering most likely to be deployed is known as sulphate aerosol injection. The proposal is to spray sulphur dioxide or sulphuric acid into the upper atmosphere to form tiny particles that would reflect an extra one or two per cent of incoming solar radiation back into space, thereby cooling the planet. The aim would be to mimic the effects of volcanoes. The particles spewed into the atmosphere by large eruptions have been known to cool the planet by a degree or more for a year or two, and to change the colour of the sky. In 1883, the spectacular sunsets in Oslo after the eruption of Mount Krakatoa inspired Edvard Munch to paint The Scream.

The most likely delivery method is a fleet of customised high-flying aircraft fitted with tanks and spraying equipment, although a hose suspended in the sky is also being investigated. In effect, humans would be installing a radiative shield between the Earth and the sun, one that could be adjusted by those who control it to regulate the temperature of the planet.

How effective would such a solar filter be in suppressing warming? All the models indicate that if we reduced the amount of sunlight reaching the planet, the Earth would indeed cool fairly quickly and evenly, although with less effect at the poles. The models also show that rainfall would be returned some way towards pre-warming patterns. Crucially, the solar shield would do nothing to offset the acidification of the oceans due to carbon emissions.