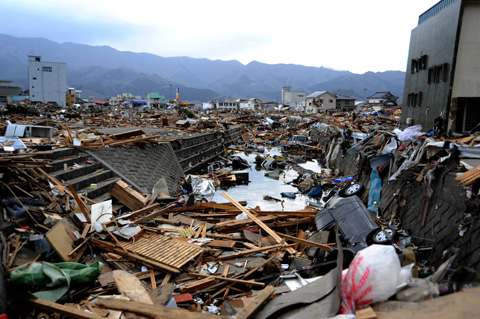 Dunkley Jones et al. support the view that, while gas-hydrate release was probably not responsible for an initial, rapid, CO2-driven warming, the as yet unknown event responsible for this subsequently triggered the large-scale dissociation of gas hydrates, which contributed to further warming as a positive feedback mechanism. As the authors note, this somewhat equivocal situation ensures that the question of what role, if any, gas hydrates may play in anthropo genic warming remains to be answered.

Continuing the gas-hydrate theme, Day and Maslin summarize—at the end of this issue—a discussion session at the colloquium, on the theme of Gas hydrates: a hazard for the 21st century? While wide-ranging, discussion focused primarily on the distribution of the potential hazard and how the level of hazard might vary with climate change. The outcome of the session was a ‘wish-list’ that emphasized the need for, among other things, a better understanding of whether and how (immediately versus over a longer time-scale) 21st-century climate change will trigger hydrate release, and a more robust appreciation of the likely fate of released methane.

Looking forward, one of the potential hazards presented by gas hydrates is their possible role in the destabilization of submarine slopes. This is one theme addressed by Tappin within a broader review of submarine mass failures (SMFs) as tsunami sources that incorporates the climate dimension. Tappin highlights the importance of climate in ‘preconditioning’ sediment so as to promote instability and failure, including its influence on sediment type, deposition rate and post-depositional modification. The author also notes that climate may play a role in triggering SMFs via earthquake or cyclic loading associated with tides or storm waves.

Tappin makes the important point that, in the past, climate influence on SMFs appears to have been greatest at high latitudes and associated with glaciation–deglaciation cycles, which had a significant influence on sedimentation, preconditioning and triggering. As a corollary, Tappin notes that, as the Earth warms, increased understanding of the influence of climate will help to underpin forecasting of tsunami-sourcing SMFs, in particular at high latitudes where climate change is occurring most rapidly.

The theme of slope destabilization and failure, this time in a subaerial setting, is continued in a paper by Huggel et al., which examines recent large slope failures in the context of short-term, extreme warming events. Huggel and colleagues demonstrate a link between large slope failures in Alaska, New Zealand and the European Alps, and preceding, anomalously warm episodes. The authors present evidence supporting the view that triggering of large slope failures in temperature-sensitive high mountains is primarily a function of reduced slope strength due to increased production of meltwater from snow and ice and from rapid thaw processes.

Looking ahead, they expect more frequent episodes of extreme temperature to result in a rise in the number of large slope failures in elevated terrain and warn of potentially serious consequences for mountain communities.

The slope failure hazard in mountainous terrain is also addressed by Keiler et al. in a paper that examines the influence of contemporary climate change on a broad spectrum of geomorphological hazards in the eastern European Alps, including landslides, rock falls, debris flows, avalanches and floods. In the context of the pan-continental 2003 heat wave and the 2005 central European floods, the authors demonstrate how physical processes and human activity are linked in climatically sensitive alpine regions that are prone to the effects of anthropogenic climate change. Importantly, Keiler et al. note that, while the European Alps, alongside other glaciated mountain ranges, are being disproportionately impacted upon by climate change, this is further exacerbated by regional factors, including local climatology and long-term decay of glaciers and permafrost. The authors conclude that future climate changes are likely to drive rises in the incidence of mountain hazards and, consequently, increase their impact on Alpine communities.

There is strong evidence for a crustal response to the rapidly changing post-glacial climate being elicited by load changes, either as a consequence of unloading at high latitudes and high altitudes due to ice-mass wastage, or as a result of the loading of ocean basins and continental margins in response to a 100 m or more rise in global sea level. The following three papers address the influence of load changes in the context of the triggering of seismicity and volcanism. In the first, Guillas et al. present the results of a statistical study of a putative correlation between contemporary variations in the El Niño–Southern Oscillation (ENSO) and the occurrence of earthquakes on the East Pacific Rise (EPR).

The authors observe a significant (95% confidence interval) positive influence of the Southern Oscillation Index (SOI) on seismicity, and propose that increased seismicity on the EPR arises due to the reduced sea levels in the eastern Pacific that precede El Niño events, and which can be explained in terms of the reduction in ocean-bottom pressure over the EPR by a few kilopascals.